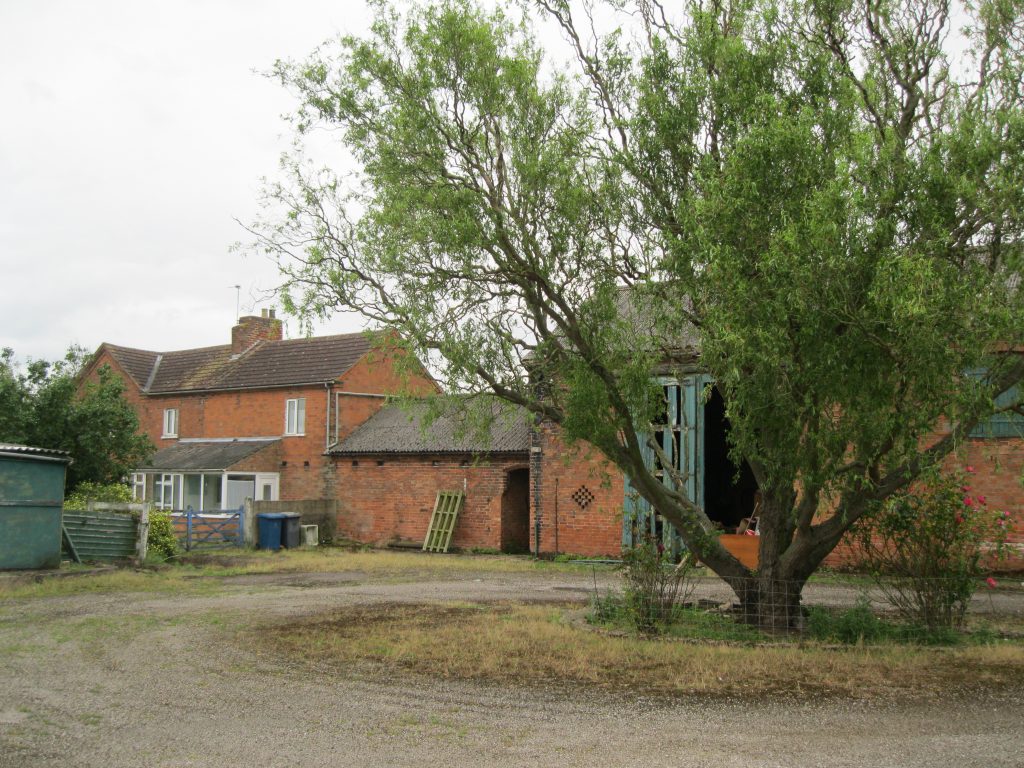 A farmhouse has been on this site since 1852 as a plaque with the initials E S and a date of 1852 was found on a wall of the house. This refers to Edward Smith who was born in Cropwell Butler in 1830. However, there is no record of him living at the farm until White’s Directory of 1864 which gives Edward Smith as occupying ‘Turnip Field Hall’ on Shelford Road. Previously he had been working on the farm at The Grove in Cropwell Butler with his elder brother Henry.  He married Mary Barlow, daughter of a local vet from Cotgrave in March 1868. They had 5 children and it is not until the 1891 census that Edward appears at what is now called Shelford Road Farm. Edward died on 10 January 1892. 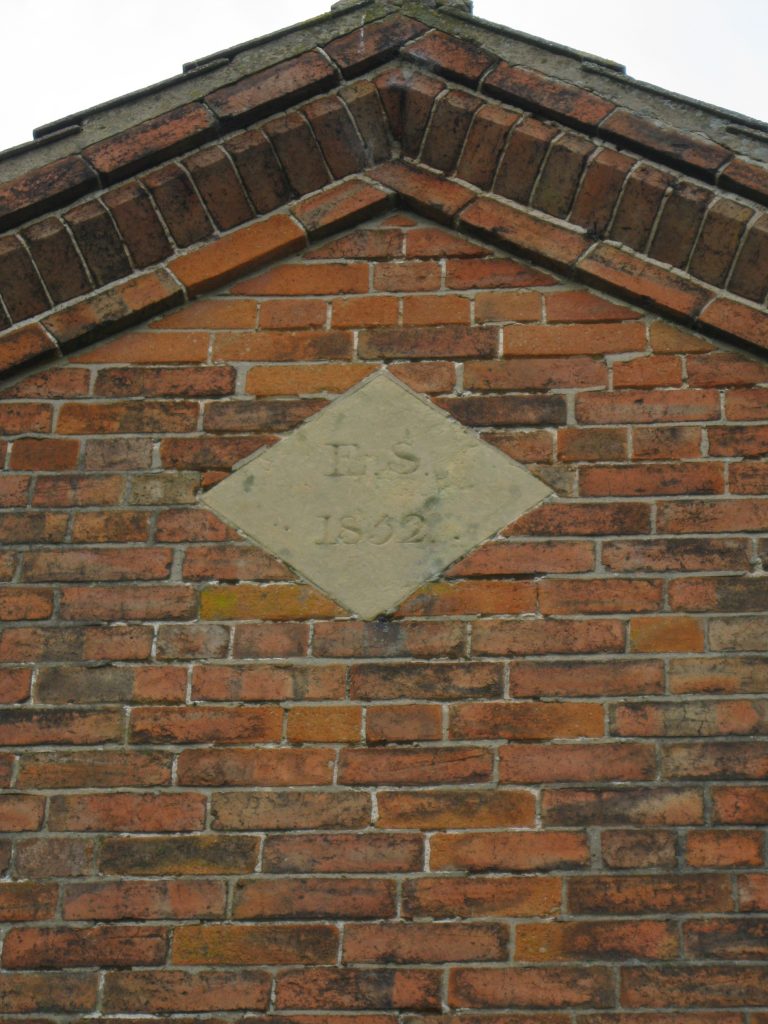 In 1901 William Carrington was living there as a farm foreman with his wife Ann. In the Census it is recorded as Smiths Farm. In 1910 Charles Parnham had bought the farm. Charles was born in Aslockton, his father William was a butcher. He married Mary Emily Brown in 1902 and they had 2 daughters and a son. He was originally a Surveyor of Highways working for the council. He died on 12 November 1922 aged 79 but by then he had moved to Granville House on Lorne Grove.

On 9 April 1919 he put the farm up for sale, it was described in the Nottingham Evening Post as –

A High-class Freehold mixed farm, together with good HOUSE and capital range of Farm Buildings and stabling and a wagoners cottage etc known as Shelford Road Farm, situate abutting on to the Shelford Road in the parish of Radcliffe on Trent, Notts now in the occupation of Mr C Parnham and containing a total area of 96 acres, 3 roods, 6 perches or thereabouts.

The HOUSE, which is brick built and slated contains on the ground floor, entrance hall, dining room, sitting room, kitchen, dairy and wine cellar. There is also a separate side entrance with glass porch. Upstairs are five bedrooms and storeroom and there are also the usual outoffices in garden. Large washhouse, fitted with copper and sink, and coalplace in yard.

There is an ample supply of drinking water of excellent quality.

On the west side of the house is a large walled kitchen garden.

Adjoining the road is a Wagoner’s Cottage, containing two living rooms, dairy and three bedrooms, together with the usual outoffices in garden.

The farm lands which comprise about 30 acres of excellent Pasture and 62 acres of Arable include some of the most productive corn land in the county.  The farm is most conveniently situated in a ring fence, and adjoins a good main road within easy reach of Radcliffe station on the Nottingham-Grantham Main line.

Mr Ernest Betts of Dale Farm in Sneinton purchased the farm for £6,550. It is possible that John Ridley ran the farm until Ernest’s son, Ernest Leslie Betts, born in 1919, was able to take it over. He is recorded at the farm in 1939, as are the Ridley’s.

Ernest Leslie Betts married Gladys Overton in July 1941 and they had a daughter Patricia Leslie Ernestine, born on 11 March 1948. Gladys died in 1965 and Ernest married Audrey Charlotte Chipman Kerrell on 19 November 1969. Ernest and Audrey continued to farm, and they are fondly remembered by many of the residents of the village.

Ernest tried to sell some land, as in February 1953 the Minister of Housing and Local Government refused permission to Bingham Rural District Council for the development of 20 acres which formed part of the farm. It was refused on the grounds that it was of high agricultural value. In a letter to the Council the Ministry stated that there are other sites in the neighbourhood suitable for housing development which are less valuable for agriculture. 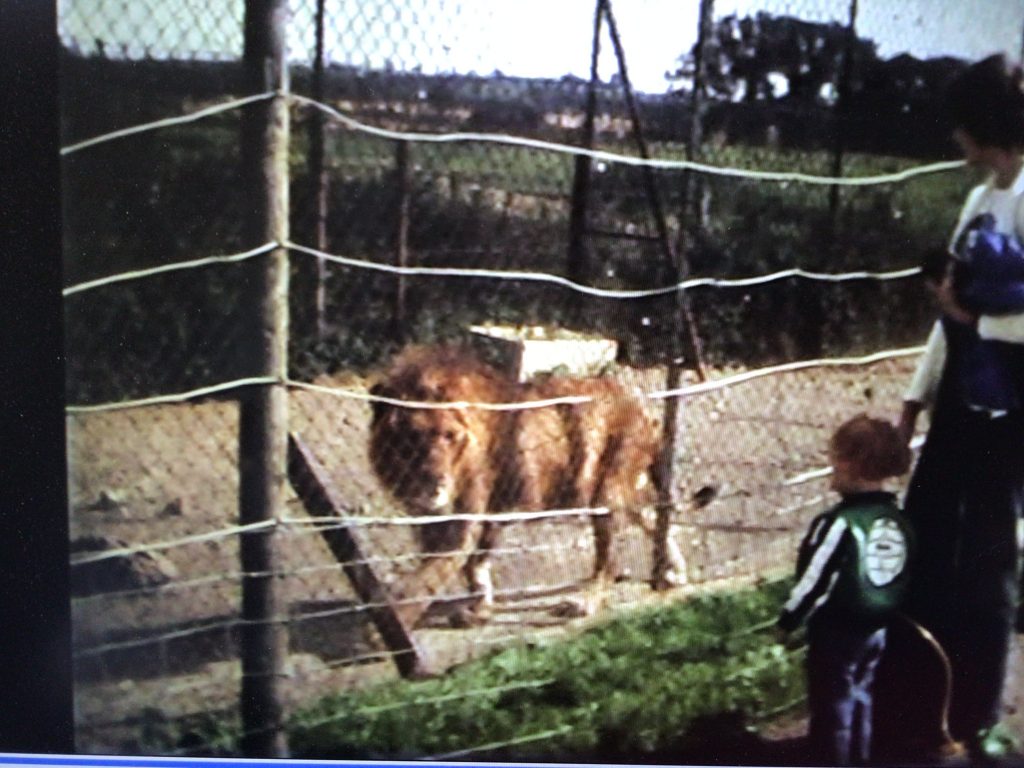 Photograph of Prince courtesy of the Calladine family

During the 1960s and 70s many people remember the strange animals that appeared on the farm, notably a lion (named Prince), a cougar, sheep and cows with 3 or 5 legs. They also had a llama (see picture), a monkey, peacocks and rare breeds of cattle. One local resident who worked at the farm for a number of years recalled a monkey called Jimmy and he had to take the monkey for a walk each day around the farm and bring it a bar of chocolate. There were also deer and Mrs Betts had a terrible accident with a stag that leaving her with serious injuries. 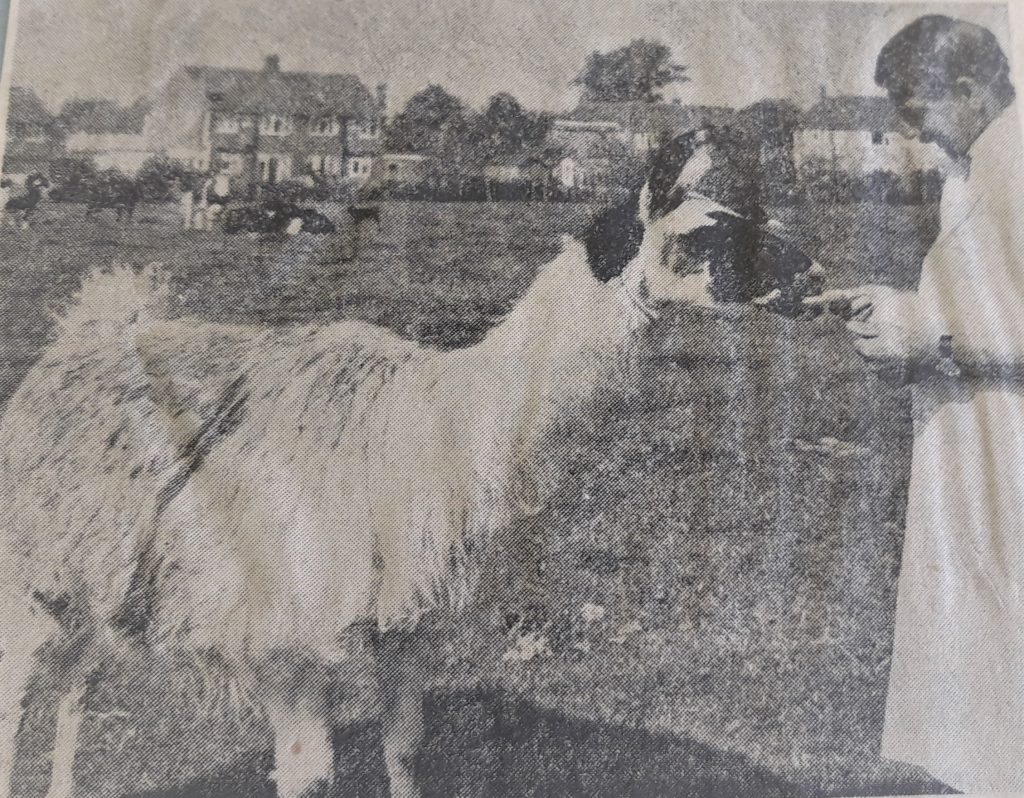 Ernest died in 1987 and Audrey carried on with the farm and animals until she passed away on 22 March 2012 aged 91. Ernest’s daughter Patricia had died the previous year, October 2011 in Devon. She never married. It appeared that there were very few family members left. Records show Audrey had an elder brother Denny John Kerrell who was a farmer from Northampton. 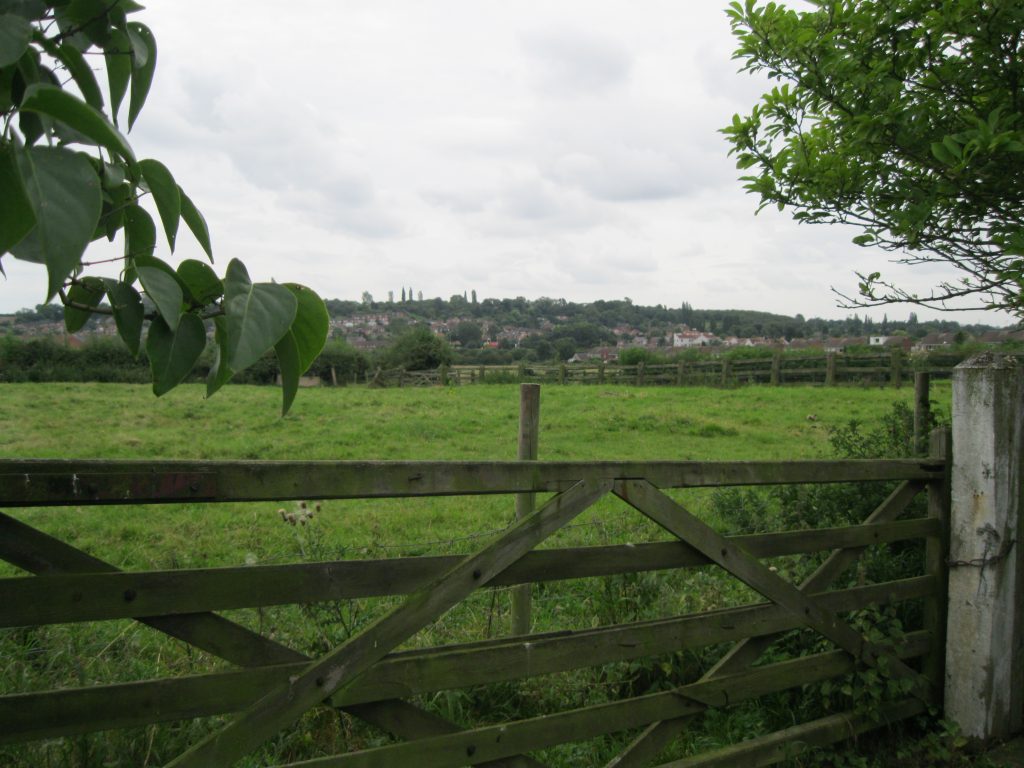 The site of the farm is currently being developed for housing, the latest figure being 400. The estate is being called Princes Place (after the lion). A thorough archaeological survey has been conducted and it found that there had been a Roman-British settlement on the site. Some bones have been found, most significantly 5 animal skulls, neatly placed in a row. However, it is thought that the site probably pre-dated the Romans but was only occupied during the early Roman period. By the Second Century AD it had been abandoned. A few pottery sherds have been found but they are awaiting specialist confirmation of their age. 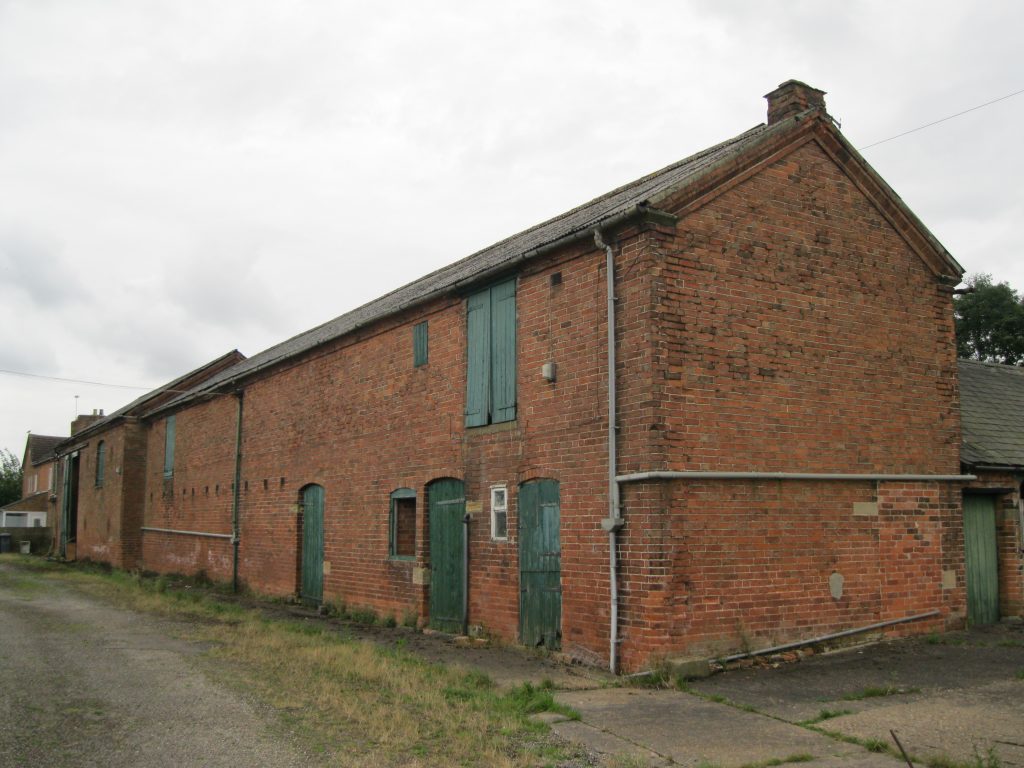 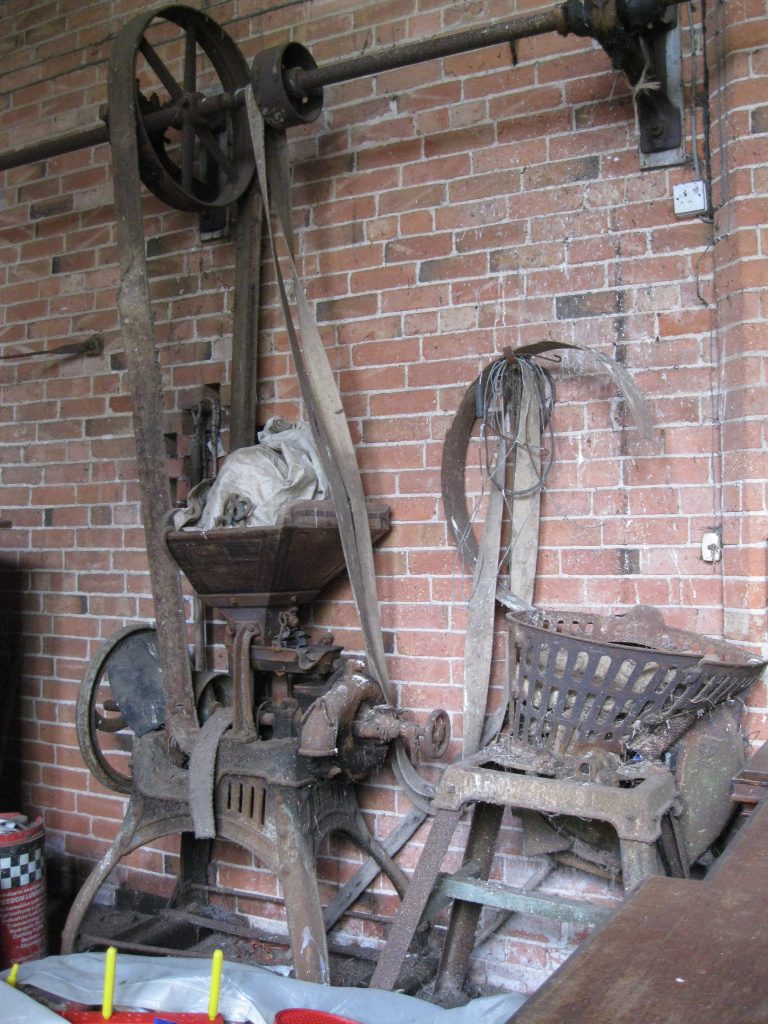 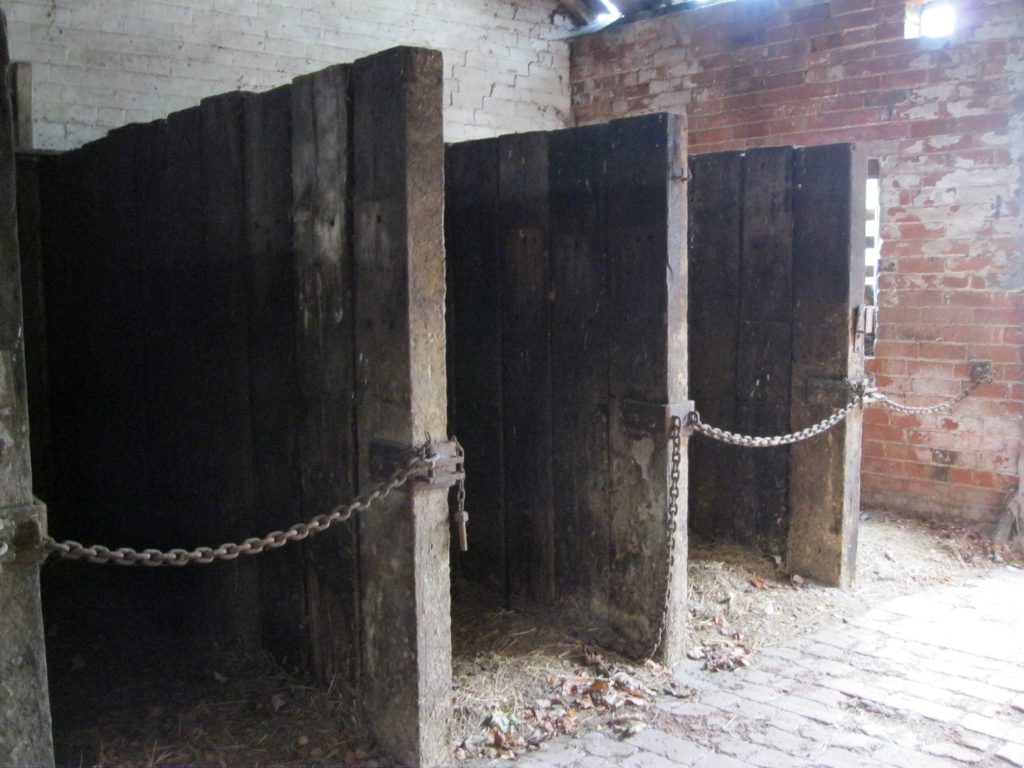