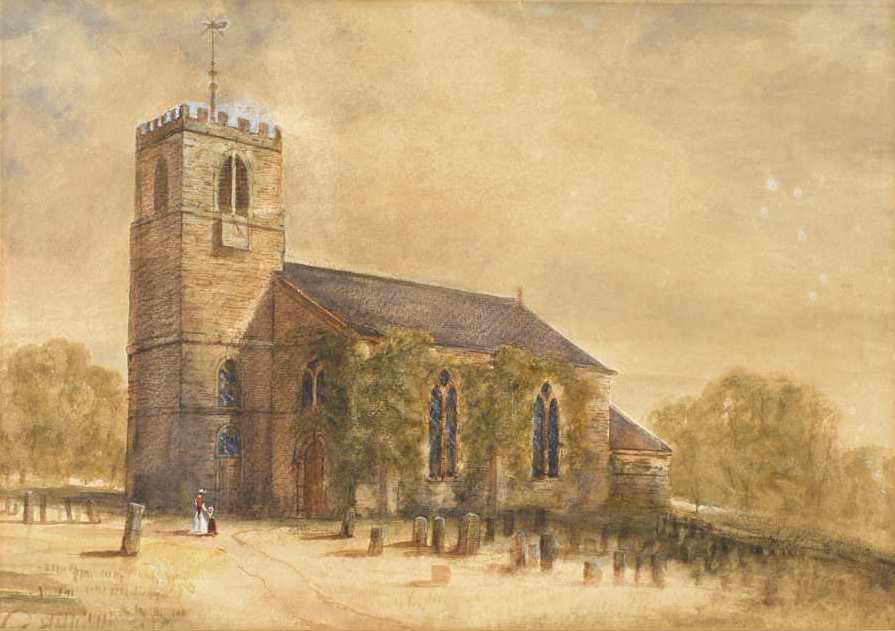 For many years everyone thought it had fallen, until doubts were raised in 1907 by a local historian, J. T. Godfrey. He produced an engraving, dated 1795, depicting the church with its steeple intact; as a result, the picture was displayed in the church.

By 1748 concerns about the steeple were mounting and a stonecutter from Gedling, Thomas Cottingham, was employed to strengthen it. However, in 1767 during a violent storm one of the church windows was blown in, part of the steeple ‘rent’ and some of the spire collapsed, killing a jackdaw and a frog. An eminent Nottingham builder, Samuel Stretton, was brought in to give advice, meetings were held, and much ale quaffed, followed by more hasty repairs. 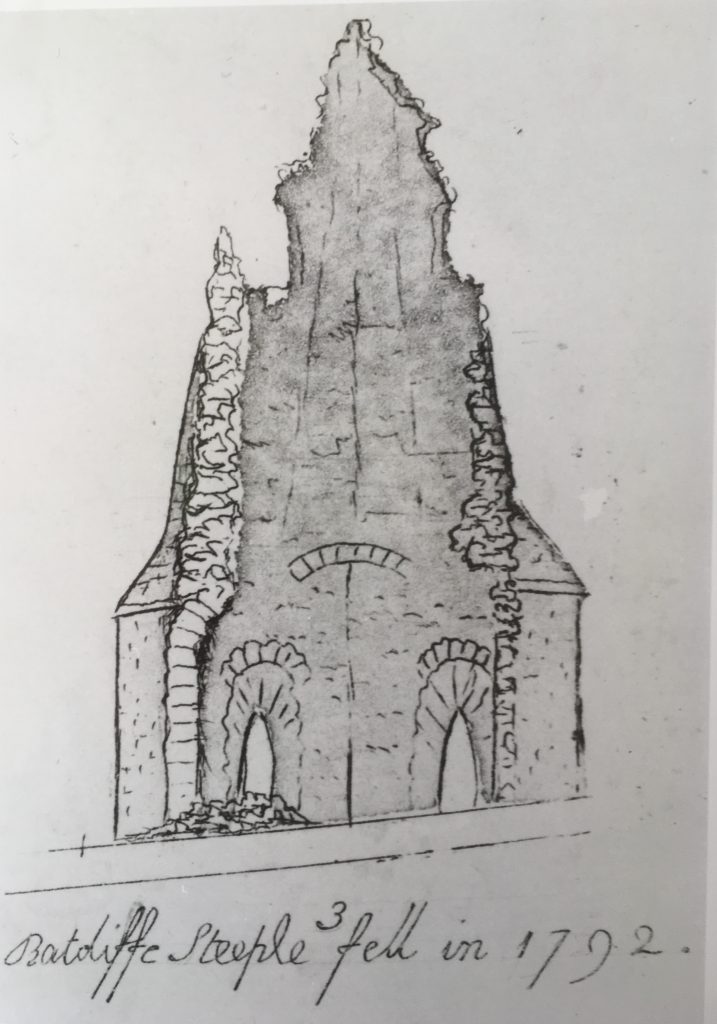 But the steeple remained in a dangerous condition and in November 1791 a decision was made to take the spire down and raise the tower by two yards. The following February an earth tremor was felt throughout the Trent valley and heavy rains fell in the summer, perhaps further undermining the building’s structure. Then at 4 o’clock on the afternoon of Wednesday November 21st the steeple crashed through the roof of the main part of the church and the south aisle, “destroying a very good singing loft” and burying many seats. No one was hurt, and the clock was providently removed, but only just in time before “the remains of the steeple fell in by the violence of the wind” on 3rd December. In nearby parishes anxious churchwardens inspected their own church steeples, some of which also needed repair.

And the engraving? Detective work by the Local History Society revealed that it was an illustration of the church at Ratcliffe-on-the-Wreake and it was removed from the church here. The only surviving image of the medieval church in Radcliffe is a small drawing on the enclosure map c.1790 and a contemporary sketch of the church in ruins.

The Church of St Mary during a century of change.

The church building  we see today developed in several stages, heralded by the dramatic fall of the steeple which crashed into the nave of the medieval building in November 1792 (see above). After restoration, the nave was reroofed with slate, the Gothic windows replaced by smaller ones (later by sash windows), and a 46 feet battlemented stone tower erected, resulting, according to one observer, in a mean though neat building. At some point the old stone pillars with their capitals were replaced by cast iron.The next stage occurred over 60 years later during the incumbency of the Rev Burgess. Earl Manvers, the patron of the living and traditionally responsible for the chancel, authorized its rebuilding. It was completed in 1858 in the Early English style in Bulwell stone, with bluestone bands around the building and over the arches. Inside, the church seated 527 people, with a vestry and organ gallery on the north, a south aisle chapel, and a stone screen separating the chancel from the south aisle. A stained-glass triplet window was inserted above the altar, and the floors were paved with the best Staffordshire tiles.

The final transformation took place following a vestry meeting in 1874, chaired by the energetic vicar, the Rev Cullen, vicar from 1874 to 1914. 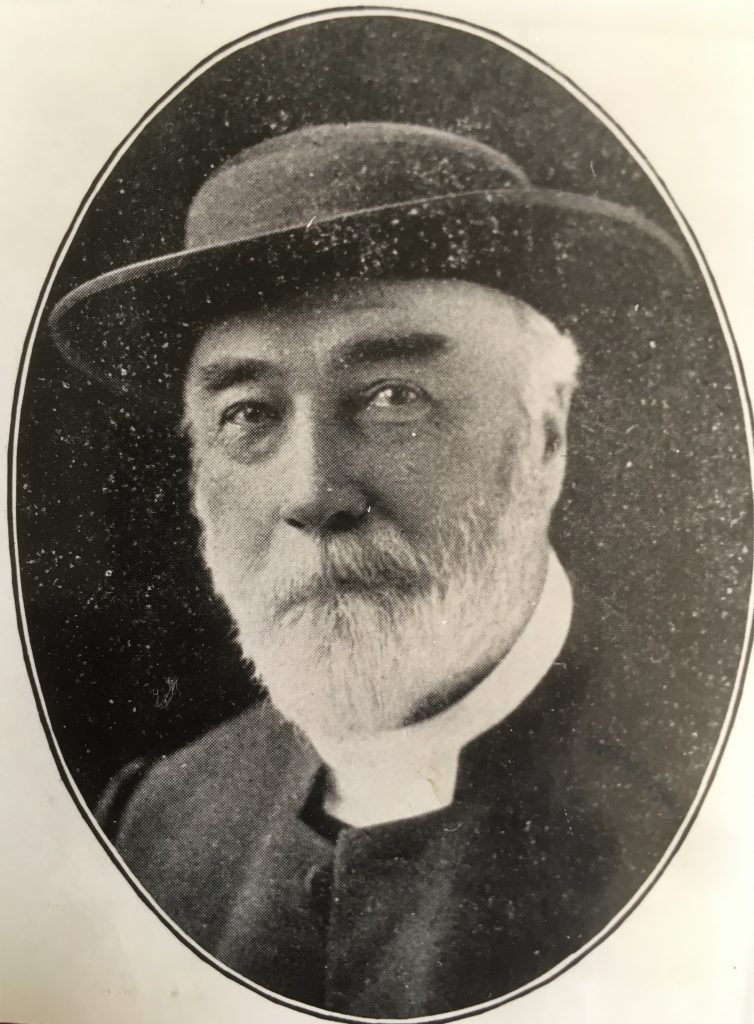 It was decided a larger building was needed: In consequence of the now rapidly increasing number of houses and inhabitants… and every prospect of the village becoming very much larger. (The population more than doubled between 1801 and 1881 from 761 to 1704). 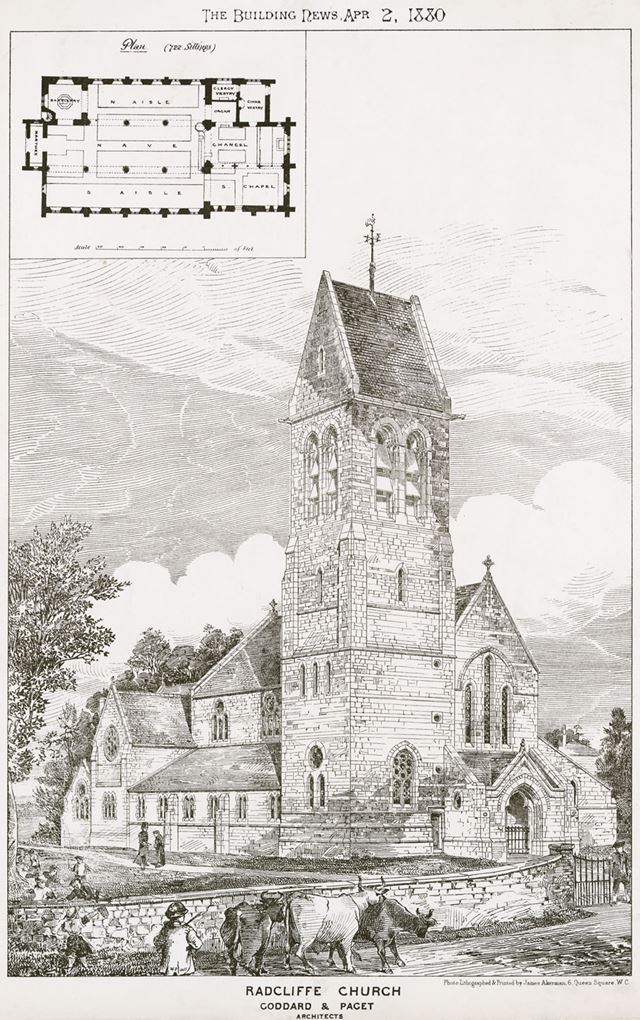 From a shortlist of 3 architectural designs, out of 12 submissions, a London architect chose the winner, one submitted by a firm based in Leicester. There followed several years of debate, often acrimonious, over design, soaring costs and unreliable contractors. At length, in 1879, still partly unfinished, the church was reopened for services (these having been held in the schoolroom during the interval), and on November 6th the Bishop of Nottingham conducted a celebratory service. The last vestiges of the medieval church had been swept away, but the new building, seating 700, retained the 1858 chancel unaltered, other than for a heightened interior arch.

Not everyone approved. Most controversial, was the new saddle-back tower, its distinctive outline visible from miles away, and to this day a striking landmark in Radcliffe.