Methodism in Radcliffe on Trent 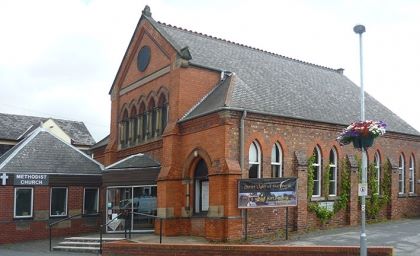 There is little information about the arrival of Wesleyanism in Radcliffe, but a pamphlet by an anonymous author, writing in 1889, stated that  a few people began meeting some time before 1791 in a house in the Mount Pleasant area belonging to Mr William Beeson, locally known as ‘Baker Beeson’. They were, he suggested, inspired by the teaching of Mr Thomas Thatham, a preacher from Hockley Chapel in Nottingham.  People travelled considerable distances to hear evangelical preachers, and itinerant missionaries visited the villages south of the River Trent. John Wesley himself had visited Bingham in 1770.  The first chapel in Radcliffe was built in 1796 on a site adjoining William Beeson’s house with a capacity to hold 200 people, but the popularity of the new movement was such that a gallery was soon added. 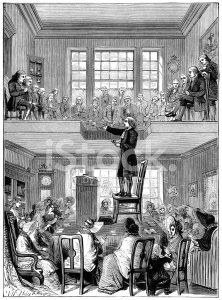 The fledgling congregation may have benefited from the problems the parish church of St Mary experienced when their steeple fell in 1792, and in any case, many converts saw no contradiction in attending both church and chapel, as John Wesley himself had wished. This, a point of much controversy in the national movement, would lead to a break-away group, (known as the New Connexion), but the Radcliffe society remained loyal to the Nottingham circuit which was enjoying a revival at this time. The village name appears on a circuit list in 1803 showing a membership of 152 (out of a population of 761, according to the census return of 1801).

Sometime between 1812 and 1815 a Sunday school was opened and in 1816 Radcliffe was chosen to be the meeting place for the Sunday School Union outing. The Nottingham Review reported that it was the only dissenting place of worship in the village and many visitors were unable to get in the small chapel.  Eleven years later Radcliffe was again chosen and this time four boats brought 600 to 700 people to the village. Anonymous writes that the society had a choir of eleven members, with a reputation for fine singing, and a small band consisting of a flautist, a clarinetist and a violincellist (sic), despite the rules laid down by conference limiting the use of musical instruments to a bass viol.

One of the appeals of Methodism in these early years was the way the laity (including women) were involved in running the society.  Anonymous recalls thirteen men and three women as local preachers, trustees, leaders and stewards, and six men and four women as Sunday school teachers.  About one third of the membership were craftsmen or shopkeepers, three or four were farmers and six were labourers, including Jesse Boot’s paternal grandfather, an agricultural labourer.

There are no reports of any hostility from the local established church to the success of the chapel until 1838 when the vicar, the Rev William Bury, mounted an attack from the pulpit and published a tract upholding the doctrine of the Apostolic Succession of the Anglican clergy.  According to the Nottingham Review he also complained that the Wesleyan children, released from their Sunday School and ignoring the church bells, ran past St Mary’s in “a tumultuous” manner, disturbing the church’s congregation; peace was restored when the vicar made an apology. It was claimed that after this incident, the chapel was so crowded a larger one had to be built, but the growth of the society was also attributed to the success of the Sunday School, for the Church of England lagged behind in the education of the young.

Whatever the reason, it was decided a larger chapel was needed and in August 1839 the opening services were held at the newly built chapel on a site near the Cliff Inn. It seated 400 people with 300 below in the schoolroom. Great efforts were made to cover the costs (which came to £1,360), through pew rents, donations and tea parties, but the debt remained a burden on the society for many years and the architect’s design was found to be awkward.

The fervour which greeted the new chapel was short-lived and it was not long before membership dropped, along with pew rents. Annonymous attributes this directly to controversies about clerical authority in all denominations in 1849.  Among the Nottinghamshire Wesleyans it was provoked by the autocratic style of the leadership and some would be reformers were expelled.  In Radcliffe, however, there were apparently no divisions.

This branch of Methodism was founded out of a desire to recapture the evangelical zeal of John Wesley’s day by preaching to large assemblies outdoors, reaching those who never attended the established church, often the poorer members of a community. Following the example of the movement in north America, great outdoor camp meetings would be held, where all could take part in extempore prayer, preaching, exhortations and hymn singing. The Wesleyan conference, fearing the reaction of government authorities, expelled the movement’s leaders.

The first missionary to come to Radcliffe was John Benton who made a dramatic entrance to the village in 1817, walking with his followers from East Bridgford down Shelford Road and preaching to a group of youths and men.  In 1817 a camp meeting or ‘Love Feast’ was held on ‘Priest Hill’ on the east side of the village (almost certainly Spellow Hill); people came from afar afield and there were many converts. It was followed by a visit to Radcliffe by one of the great figures of the movement, William Clowes.

On 6th May 1818 a license to hold dissenters’ meetings in a ‘certain dwelling house’ was granted to Francis Green by the archdeaconry court. The Primitive Methodist Connexion was divided into two districts and Radcliffe appeared on a preacher’s plan of 1817 showing that it was visited twice on a Sunday; by 1829 there is evidence that a chapel had been opened, almost certainly in the Walker’s Yard area of the village. The Connexion was riven with dissension, however, and a group broke away, dissatisfied with the increasingly rigid control by conference of local societies.  There were internal disputes in Radcliffe too and the society temporarily lapsed around 1838.

Another break-away group arose from attitudes of anti-clericalism current at the time. It was centred on Bingham, its societies forming a loose federation in the surrounding villages, though each one operated independently. Its members objected to the principle of a paid ministry as being one which created a priest caste. A preacher’s plan of 1839 shows that there was a group in Radcliffe. In 1843 Thomas Smith, a labourer originally from Derbyshire, applied for a licence to open a chapel and later his name appeared on a conveyance for three cottages in the Mount Pleasant area.

Little is known about this small group, but the survival of its baptismal register tells us something about its membership.  Between the years 1844 and 1862, thirty-three different families are represented, all drawn from the humblest and poorest occupations. Comparisons with census returns indicate that many of the members had been born elsewhere and soon moved away from Radcliffe. The death of Thomas Smith, aged 77, in 1865 brought an end to the register and the society disappears from the records.

The religious census of 1851

The reinstatement of the Primitive Methodists 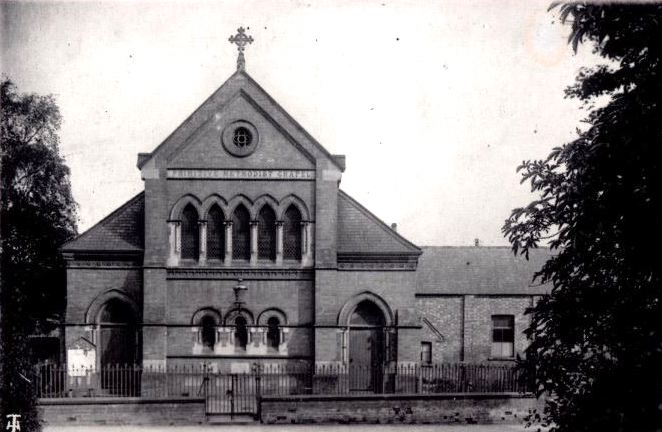 The religious census confirmed that this group was no longer operating in Radcliffe in 1851, but in the 1870s they were reinstated, taking over the Independent Primitive Methodist’s baptismal register and almost certainly their chapel as well. A local religious census in 1882 shows that 139 attended their morning and evening Sunday services, the figures for the Wesleyans being 479 and for the Church of England 560.

True to their origins, their missionary zeal continued unabated with revivals and missions, parading through Radcliffe’s streets with marches and hymn singing.  By 1890 there were plans to build a larger chapel and they obtained a site at an advantageous price from the Manvers estate on Shelford Road; the total, with building costs, came to £1,435. In October 1893 the first service was celebrated. The chapel is still there and currently undergoing improvements. 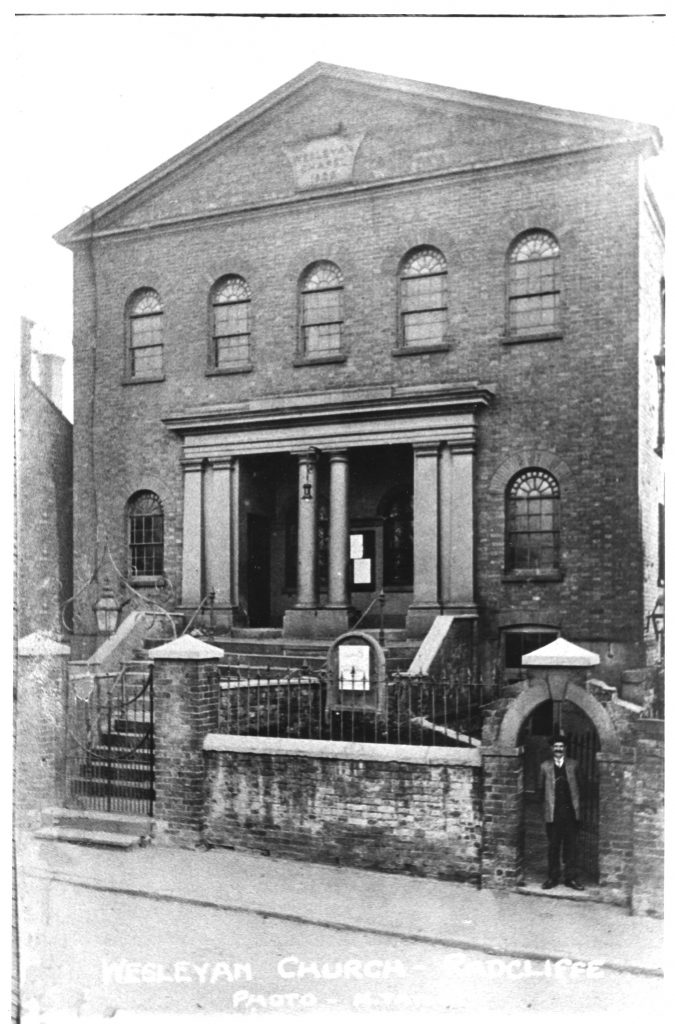 The Wesleyans were still the predominant nonconformist group in the village. They had survived the crisis of 1849 relatively intact, and by 1872 had paid off the debt on the chapel, though later costly alterations to the interior added to the burden. Jubilee celebrations to mark the centenary of their foundation in 1889, brought in extra donations and an improvement in the revenues.

The society at that time was a close knit one, in many respects like an extended family, and the chapel with its various offices and activities provided a focus for social needs as well as spiritual. The coming of the railway in 1850 brought new members, some workers on the railway and also commuters who worked in Nottingham. A number of them became involved in local affairs after the Parliamentary Act of 1894 replaced the traditional parish vestry with civil parish councils.

There had always been a strong link between Wesleyanism and the temperance movement and at the time of the Jubilee celebrations there were 100 members of the Band of Hope attached to the chapel. But some of the most prominent members of the society were publicans or brewers and this applied to the Primitive Methodists as well. The establishment of a Reading Room by the Wesleyans in 1897 was perhaps an attempt to provide an alternative source of entertainment to the local public houses. 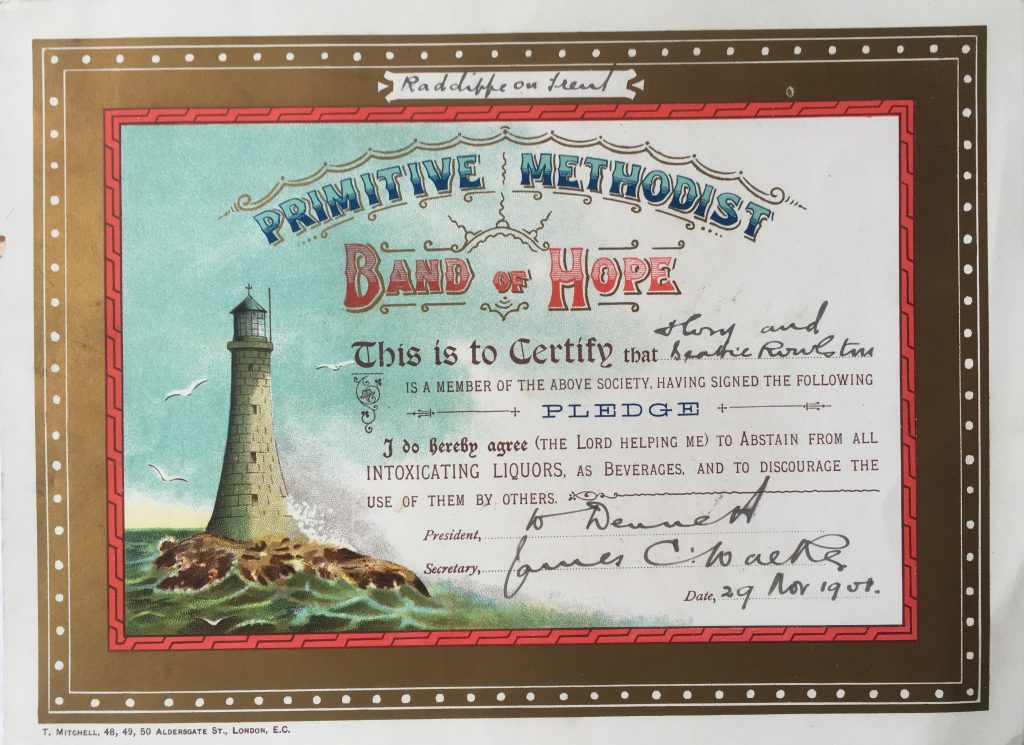 The success of the branch in the late 19th century may be attributed to the establishment of a permanent minister. It is not certain when exactly this occurred, but two are named in Wright’s Directory in 1894 and 1895 as living on the Bingham Road.  From 1900 onwards resident ministers are regularly named.

Click here for photographs of the cake made in celebration of the ‘birthday’ of the Church on March 24th 1914.

The two communities, the Wesleyans and the Primitive Methodists, continued on their separate ways throughout this later period. Moves towards unity among the various branches of Methodism were afoot elsewhere and culminated in 1932 when Conference decided on Union. In Radcliffe, it was not until July 1953 that amalgamation took place and the last services were held in the old Wesleyan chapel on the Main Road; it was pulled down in 1967. All the Methodists in the village from now on joined together in the chapel built by the Primitives on the Shelford Road. 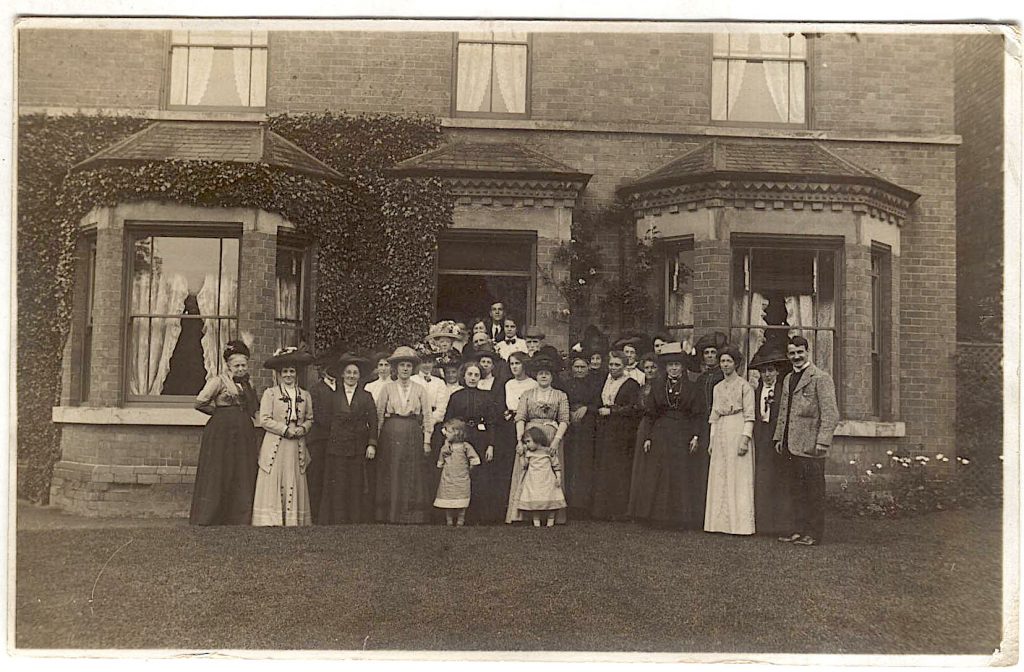 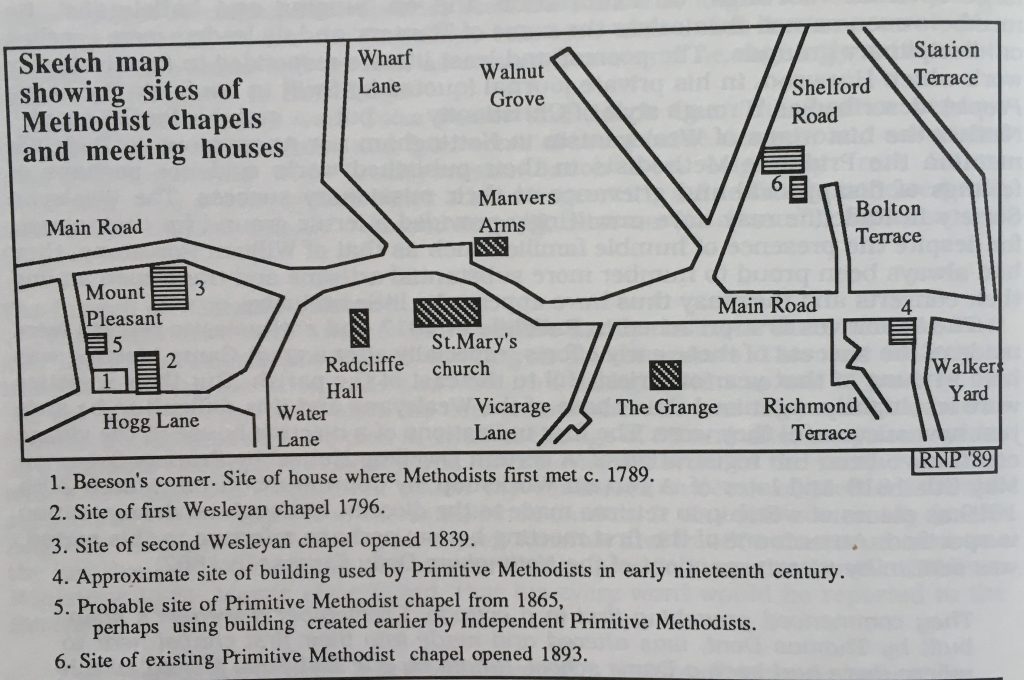