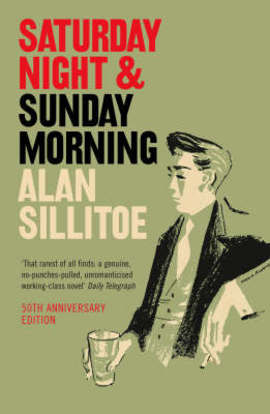 Local Nottingham author Alan Sillitoe used many county locations in his fiction. Radcliffe is name checked in several of his novels and short stories, most famously in Saturday Night and Sunday Morning where Arthur Seaton’s brother Fred is reading a newspaper (presumably the Evening Post).

‘Not much. A kid was drowned in Wollaton Cut. A man got three months hard for shoplifting. There was a road-smash at Radcliffe. A collier got killed at the pit, and there’s going to be a Three Power meeting.

Another novelist and poet, Philip Callow, born in Birmingham in 1924, lived in Nottingham and based episodes in his fiction locally. Callow’s material is based on his working-class adolescence in the Midlands, his experience of factory and clerical work, his artistic leanings and adult relationships. He was also a biographer of D H Lawrence.

His novel The Bliss Body London, MacGibbon and Kee, 1969, contains an episode set in Radcliffe. The protagonist, Colin Patten, sets off to cycle from Coventry to Radcliffe on a tandem with his brother Alan, accompanied by his best friend, Ray, having booked a boat on the Trent for the weekend.

“…I can’t remember spending a more nightmare weekend in my life. …We rolled into the Yachting Station at nine, just as they were due to open, and nearly fell off our bikes with exhaustion. It was late September, the Trent was in flood, a bulging muddy swirl running high up the banks.”

Taking a boat out downstream they soon get into trouble: “Then I saw a notice on the bank: DANGER, and in smaller red lettering underneath, Weir Ahead.” 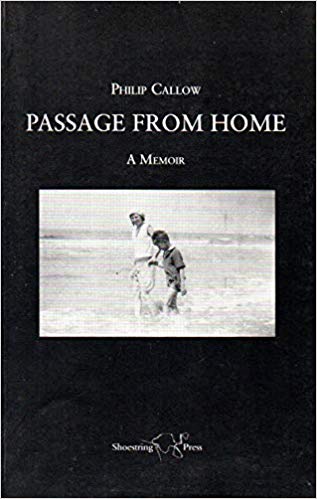 After managing to avoid the weir by branching into the lock, they spend all day and night moored to a tree before being charged extra to be towed back by a motor cruiser.

Callow also mentions Radcliffe in his memoir Passage from Home, Shoestring Press, 2002. He spends a summer holiday from work with four other apprentices, hiring a yacht and nearly crashing the mast against an iron railway bridge. The holiday ends with them moored by the steps at West Bridgford and the others chasing girls at the Palais in Nottingham, while he goes to see a film at a cinema opposite Victoria Station as he can’t dance.

The trilogy Going to the Moon, The Bliss Body, and Flesh of Morning were published in one volume, Another Flesh, by Allison and Busby in 1989.