Ernest Neville Bemrose, known as Tim, was born 5th October 1911 in Radcliffe on Trent, the younger son of William Bemrose and Harriet Hope.  He had an older brother Wilfrid, born 1910, and a sister Kathleen, born 1914.  His mother died in 1916 and his father remarried Ethel Hewitt in 1927.

His father’s brothers Percy and Bertie were killed in action in WW1, Percy in March 1915 and Bertie in May 1918.

In 1939 Tim was living at Fern Lea, The Harlequin with his father and step mother. His brother Wilfred was the lock keeper at Cotgrave.

Before being called up November 1941, Tim had been employed by Messrs J W Stamp and Co.,  Builders, Nottingham.

He enlisted as a Fusilier, Service no 6984797, 1st Battalion, Royal Inniskilling Fusiliers.

The Royal Inniskilling Fusiliers were stationed in India at the outbreak of the war and in March 1942 the 1st Battalion were flown to north of Rangoon in an attempt to destroy the oil wells of Yenangyaung. On the 17th April 1942 they had reached the oilfield only to discover that Chinese allied forces had already demolished the wells but by then they were cut off by a ring of Japanese positions.

On the 18th a break out was attempted through the enemy lines. Japanese snipers targeted company and platoon commanders, less than a third of the 1st Inniskillings returned from the jungle. On that day, 18th April 1942, Tim Bemrose was reported missing, presumed killed.

He is commemorated on Rangoon Memorial which  is located in Taukkyan War Cemetery, Myanmar. 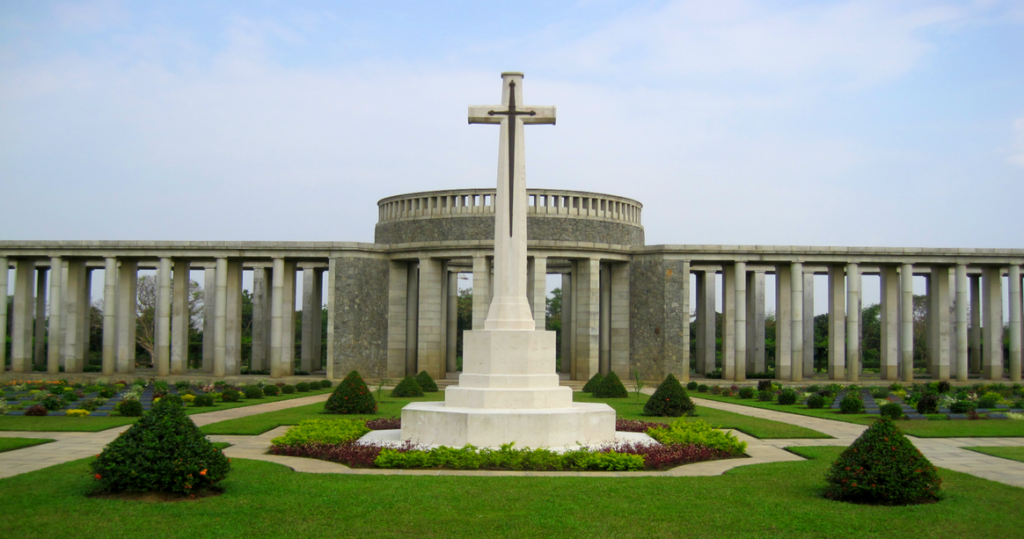 Located in the centre of Taukkyan War Cemetery in Burma is Rangoon Memorial.
It commemorates nearly 27,000 Land Forces of the British Empire who died during the campaigns in Burma and who have no known grave.

Not on Radcliffe on Trent War Memorial