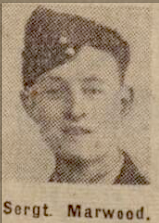 William Arthur Marwood, known as Billy, was born in Nottingham in 1920, the son of Lawrence Edward Vincent, known as Vincent, and Florence Rose Kirk. He had a sister Margaret, born 1913 and a sister Eileen, born 1914, who died as a child.

His father, Vincent, had been a Gunner in Royal Field Artillery, service no 30594, from 1903 until 1916 when he received a Silver War Badge and was discharged due to sickness. He was awarded the Military Medal.

In 1939 the family were living on Lees Barn Road on a small holding. Billy’s sister, Margaret, was a Certified School teacher and Billy was employed by Northern Assurance Co.

He enlisted in the Royal Air Force at Cardington in April 1940 as a Sergeant  Wireless operator/Air Gunner Service no 1202453.

A Wellington of No 22 Operational Training Unit crashed close to the village of Hope, Derbyshire on the 15th February 1943. The aircraft took off mid morning from Wellesbourne Mountford near Stratford on Avon. They descended, perhaps because of icing, and became enveloped in snowstorm. The aircraft crashed near Peakshole Water and slide into a large embankment. All 5 crew were killed including Billy Marwood. The rest of the crew were all of the Royal Canadian Air Force, JD Kester, R F Cairns, W J Hackett and B E Wilkinson. 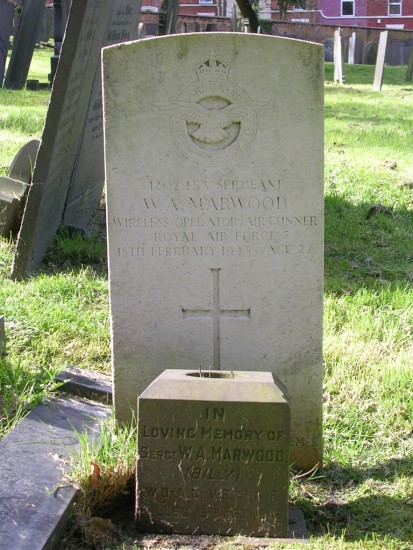