I really must try to put you in the mind set living through the 1939/1940 years period.

No television, (our first ‘tele’ we watched the Trooping of the Colour and snooker in black and white!) No portable radios, mobile phones, iPads, credit cards. No washing machines or detergent, tumble dryers, central heating, double glazing, refrigerators, microwaves, plastic anything including window frames etc. (Bakelite was there though)

We were posh in Radcliffe. We had a white toilet upstairs with a chain you pulled hanging from a cistern full of water near the ceiling. Go four miles up the road to East Bridgford and you sat on a board with two ten inch holes in (don’t ask me why two, I thing the ladies liked to hold hands!) Toilet paper was the Evening Post (or News) torn into 4inch squares, wire pushed through the corner and hung within reach. The cheap black ink came off! The people were lovely though, I married one!

Now that I have made you feel sorry for me living through such awful times I can tell you nothing could be further from the truth. It doesn’t need loads of material things to make you feel good. You need what we are all missing now, people, family that you can hug or friends you can shake hands with, or even strangers that say, can I do anything for you Bob, are you OK. Wonderful friendship.

Thank you for the responses to my previous ramblings. If you are a relative or a friend of the people I mention or want to comment please do, it adds interest to the stories.

I have been asked to say a little about the dear old Bingham Road Junior School; deceased! As mentioned in a previous episode I started in Miss Bates (later Mrs Wellin’s) Class 1 in May 1939. My lifelong friend Peter Skelton started with me. Miss Cane was the headmistress. I can still remember the dappled rocking horse and CAT, FAT, MAT on the blackboard as we started on our journey through the school.

The school building was in two halves, with separate entrances, Infants one side and Juniors the other. Mr Claridge was the headmaster, preceded by ‘Winkey Norton’. (photograph below) 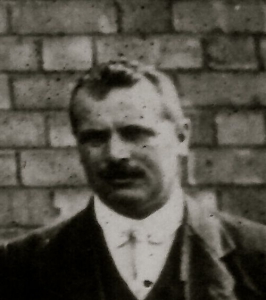 Mr Ford and Mr Sandford were young teachers at that time but soon went to war with other young men from the village. Young Miss Smith, later Mrs Dix, was also on the teaching staff. Also Mrs Montague. Miss Avison, a fairly large but friendly young lady also taught us. 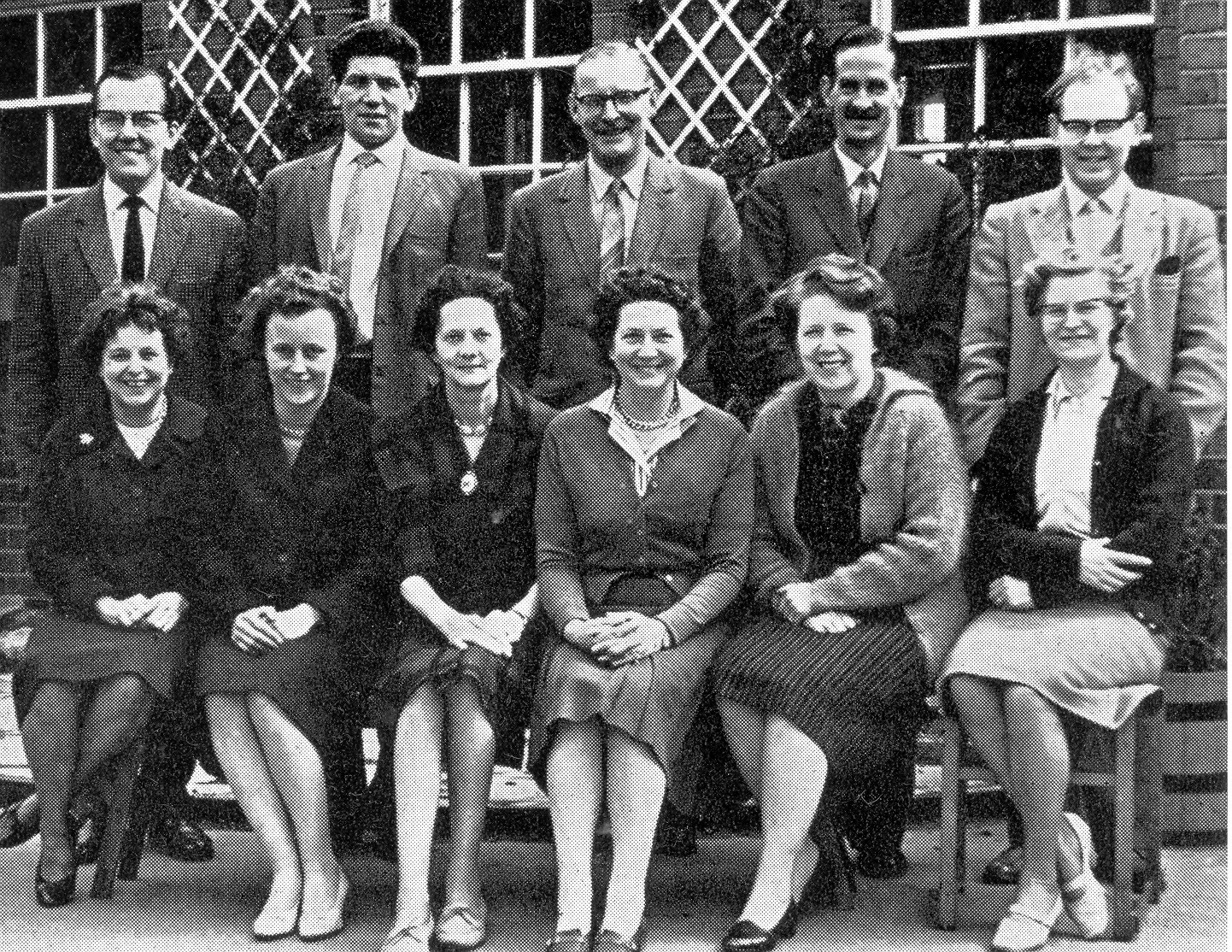 In early 1940s the evacuees arrived together with some of their teachers. They were billeted all over the village. No refusal accepted. Do you have an empty room, yes, then here is your extra child(en) for the duration! Mr Rook, who I have previously mentioned, was a grammar school teacher from Yarmouth arrived with his students!

The school was rapidly prepared for war. Windows were covered with adhesive mesh to prevent splintered glass. Air raid shelters built (by my cousin Sam, killed in the war 1943). Editor note: John Samuel Smalley. Gas masks were issued to each child in a cardboard box. Classes were held to teach us how to use them and how to sit under the desk in the event of a bombing attack. Evacuation from the school was practiced.

Later exercise books were horizontally cut in half as were pencils so we could all have one! We had a pencil sized tube of metal that the small pencil fitted into the end when it got too small to hold properly !We continued to get our free, third pint, milk allowance. Small glass milk bottles with a cardboard ring sealing inside the top. A small, hole in the middle was pushed out to allow a straw (a real straw from a wheatfield, not paper) pushed through. In winter it was often frozen with half an inch of milk on the top and had to be placed in rows along the heating pipes to de-frost!

A ‘milk monitor’ was selected (to control proper distribution). Recessed ink wells in the wooden pair desks were filled, from a stone bottle with a spout, by the ‘ink monitor’. The seating was bench type with the desk and lid in front. Never lift the quite heavy lid and stick your head inside the desk. A swift backward thrust of the elbow from the lad in front gave you a lump on the back of your head, kind to our friends weren’t we!

I have seen quite frequent reference in these pages to the outside toilets in the junior side yard. Dividing the infant and junior toilets was a seven foot high wall. If sufficient water was consumed and bladder pressure built up some lads (not me!) could wee wee clean over the wall to the other side. Disgusting activity! Another little game played was springing two bars of the school railings apart (they are still there round the flats) and sticking some unfortunate lads head through. Captive until released! Cruel kids eh!

Lesson titles were straight forward. Arithmetic, written and mental. We were expected to answer a times table question instantly. The outstretched teachers arm and finger would be pointed straight at you… six eights, boy (or girl). You had better say forty-eight sharpish otherwise you were writing it out twenty times during break. English, geography, drawing (art) and handwriting. The split steel nib pen was held in the left or right hand with the forefinger on top and the thumb and middle finger left and right of the wooden holder. ‘Point the holder over the shoulder’ was the often expressed instruction. Most teachers had a ‘persuading instrument’ like a thick wooden ruler or a square red stick. Should you be pointing the holder in the wrong direction a quick flick to the non-writing hand reminded you of the instruction! I have always been grateful for that early writing guidance since my envelope writing seems to attract admiration from various people that see it. I can write copperplate, old English, gothic and many other scripts as a result! Sadly a lovely human skill never seen these days

We were only allowed out of the school gate by permission at break or lunchtime. Games in the yard were whip and top. There were two shapes of top, carrot and mushroom shaped ‘window breaker’. So called because if the string wrapped round the top whilst whip thrashing it would fly off and definitely break a window if in line! Marbles were popular. Chalk a ring on the tarmac twelve inches diameter. Place eight or ten marbles spaced apart in it and flick an attacking marble with the thumb, all knocked out of the ring were yours. Snobs were also enjoyed. Five different coloured pieces of half inch square plaster tossed in the air and caught on the back od the hand, winner is who catches most. ‘Five flyers’ was similar but the snobs were caught with the ‘flying fist’! Cigarette card flicking was another game. Cards were flicked to the wall and if landed on another card on the floor (picture up or down) it was yours. Yard football, with a tennis ball was popular in the winter (guess who fetched it down when kicked on the flat roof, a good drain pipe shimmer, that’s who!) and cricket, with the stumps marked on the wall in heavy chalk, in the summer. ‘Out ‘was decided by ball inspection for chalk after hitting the stumps. Some miner disputes occurred! The girls played handball against the wall doing their times table repeatedly. They also did handstands against the same walls tucking their frocks where they kept their handkerchiefs!

We always sat at the same desk. Peter and I were always near the front for some reason. Lads normally sat paired with lads. If I committed the rare misdemeanour I was moved to sit next to a nervous girl who, all too often, wet her knickers! It ran down the bench seat and wet my short trousers! I would have preferred fifty lines but the teachers knew my preference. She was actually a very nice girl I knew all my life, sadly not now with us!

Discipline was strict and all too often painful for the boys. The girls were treated more gently. For minor offences a whippy cane was held in the teachers desk and used (on the hand you didn’t write with) normally for three strokes. Serious crimes were rewarded with the cat-o-nine tails kept in the head teachers office. It was a flat length of leather with a handle at one end and tail strands of leather at the other. It was administered to the buttocks of the bent over culprit. I only had it once for speaking my mind about a teacher I had no respect for…it’s a long story and it involves my ability to write copperplate. I never went back for more buttock punishment though!

Swearing was an absolute no-no. On one occasion a boy was heard by a teacher to utter the words ‘bloody hell!’ The following morning a table was ceremoniously brought into the hall together with a bowl of soapy water and a flannel. His mouth was opened, tongue extended and, in front of the whole school his mouth was washed out! Imagine that today!

I think I have previously named all the pupils in my class, I can remember nearly all of them.

Well, I think that’s enough for you to think about for this time. I hope I have not bored you with this special school issue. Having read through it seems to give the impression that it was a grim period but again, nothing could be further from the truth. I, like most of my pals, thoroughly enjoyed my school days.