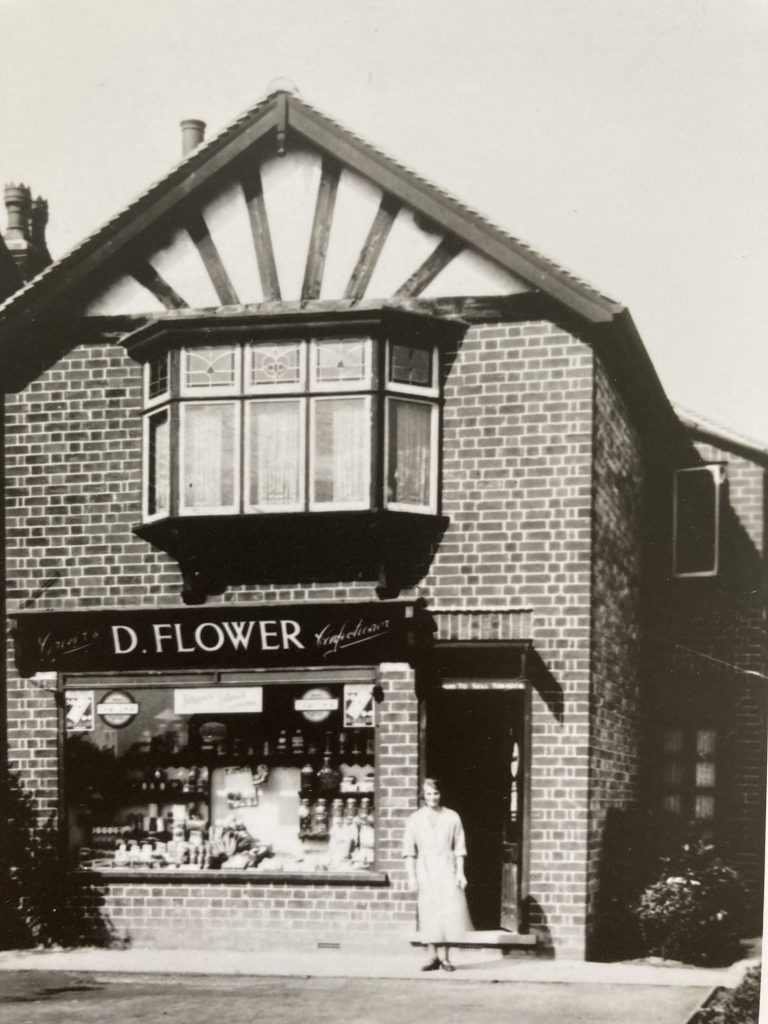 Image courtesy of the Flower family

I started at the infant school, just down the road, in May 1938. Lovely Miss Bates, later Mrs Wellins, was my first teacher. Mrs Cane was the headmistress!

Eventually I moved on to the Junior School which was the other side of the same building now sadly demolished. In 1939 war broke out and radical changes took place. All the windows were covered in anti-splintering material. Air raid shelters were built in the playground. Miss Smith, who became Mrs Dix, played tennis against the air raid shelter wall in her white shorts. That stopped the lads playing football I can tell you !

We were all given gas masks in cardboard boxes. Training was given in the event of an air raid, get under the desk! Teachers Messrs Ford and Sandford were enlisted into the services. This left us with all lady teachers until the evacuees arrived from mainly Yarmouth, Sheffield and Littlehampton. Mr Rook, who was not my friend, came from a grammar school in Yarmouth. I always got the impression that he expected the Radcliffe village kids to be of the same educational standard as the ones he brought with him. Latin, trigonometry and calculus were not on our list of subjects! He once threw a wooden blackboard eraser at me. Being an avid cricketer I caught it and hurled it back at speed hitting him on the elbow. He never threw anything again at anyone! If you visualise Hercule Poirot, spats, very smart suit, wing collar and polished shoes but no moustache.

The school piano had one corner caster missing and was clapped out! Whenever we had any singing to do the teacher asked me to pitch middle C. Since I was a St. Marys church chorister this was no problem. 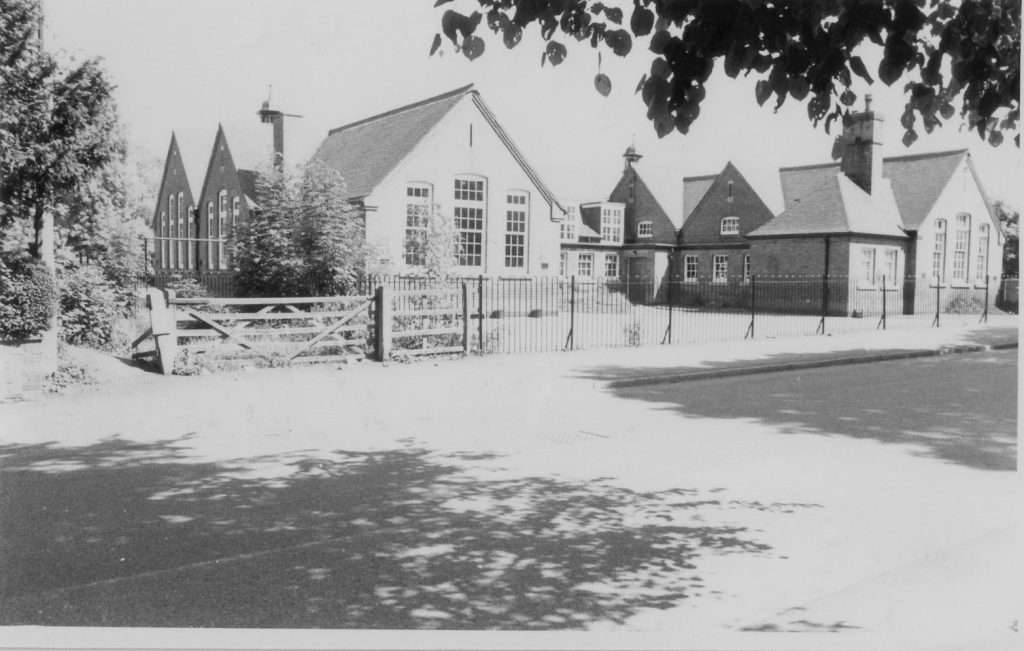 By mid-1940 the village was on a war footing. The gas street lights were extinguished, all the telegraph poles had white bands painted round them. The blackout was total. Car headlights had masks over the headlights and train carriages had blue bulbs for illumination. The imminent invasion was to be declared by the ringing of every church bell in the country

The church choir was forced to have lady choristers since all the young men went to war. We lads didn’t mind because they brought mince pies and lemon curd tarts and cakes to choir practice on Friday nights!

Ration books were issued to every family and strict quotas were allocated to every shop that traded in foodstuffs, clothes and other goods. Each family was registered to one shop. They brought the ration book in and the coupons were cut out of the book for each item bought, butter, cheese (two ounces!) sugar, tea etc. Sunday night was coupon counting night in our house. Numbers were recorded and forwarded to the Ministry of Food. No television then, so no distraction.

Radcliffe Home Guard were a stout bunch of men. (See photograph below). My Uncle Harold (steward at the Mens Club, bottom of New Road) was the sergeant, as he was in the first world war. 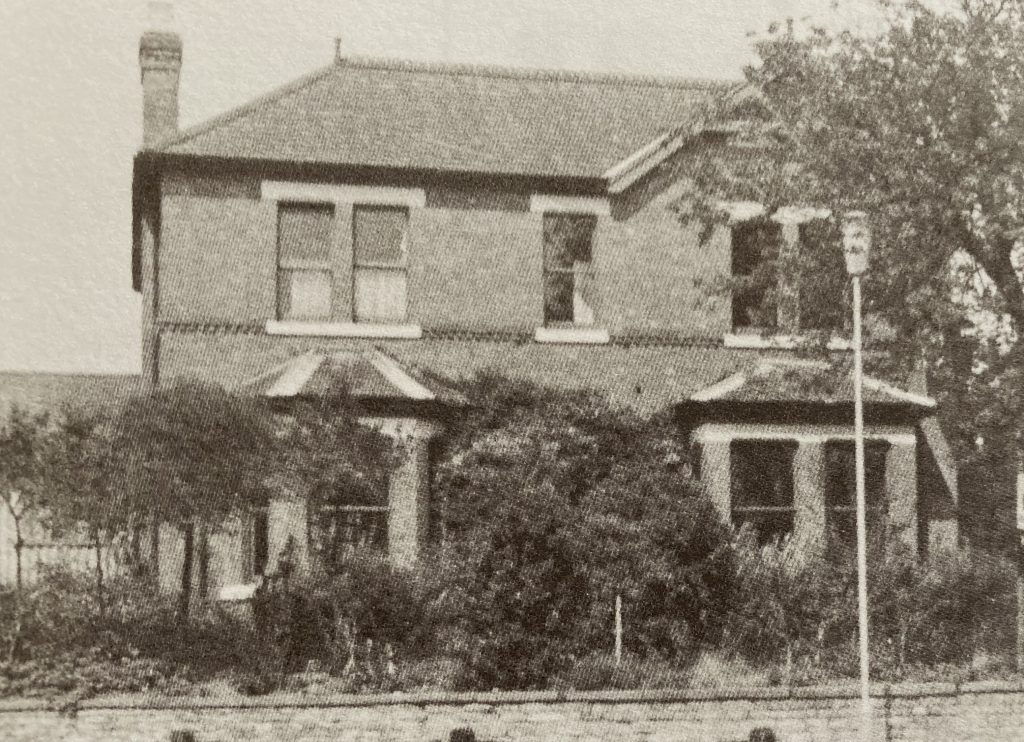 They practiced drill with brush handles and carried out frequent exercises mainly on the river bank down from the Memorial Park. Bridge field, now built on near the railway bridge. No Joke Wood (or Hangmans Hill) if you like also ‘came under attack’. I lived Dads Army in real life! I understand a lot of strategic planning took place in the Royal Oak men’s room!

Opposite No Joke, at the top of Shelford Road, was Malkin Camp, a search light and anti-aircraft gun battery! Everilde’s (Mrs Flower) uncle Harry from Dorset was in the Artillery Regiment (he married her aunty) was based there. Initially they didn’t have a gun which made it difficult to defend Newton Aerodrome. The search light was there which made it very frustrating being able to see the Hun but not shoot at them! Fortunately there was never an attack by the Hun! Bombers were never based at Newton, the ground was too soft for the weight!

To practice, the outline of an anti aircraft gun was painted on the car park of Notts County Cricket Ground to show the lads where they should stand. At the appropriate time a rope was pulled to fire the gun and someone shouted bang! A similar white line practice layout was at Nottingham Castle tarmac area. Please believe me this is absolutely true. You tell me how we won the war?

At Saxondale there was an Italian prisoner of war camp. If you knew how we lads could sneak in to talk to the prisoners. An added bonus was that we were treated to thick slices of bread with best butter and marmalade!

The prisoners were just decent ordinary blokes who were working on the land close by. I remember wondering why on earth we were killing each other at that time.

The trades people in the village cooperated with each other during the war. Mr Savage at Hazards (bottom of Lorne Grove), Mr Holland, manager at Marsdens, Mr Riley (bottom of Shelford Road), Mr Huskinson and Mr Onion (Boys Brigade fame) and Clifford Parr, butchers, Mr East, fishmonger, Harold Taylor, the haberdashery shop.  (Alvyn came home after being released from a prisoner of war.) Mr Smith had the chemist shop with Mr Bucknell, his assistant. 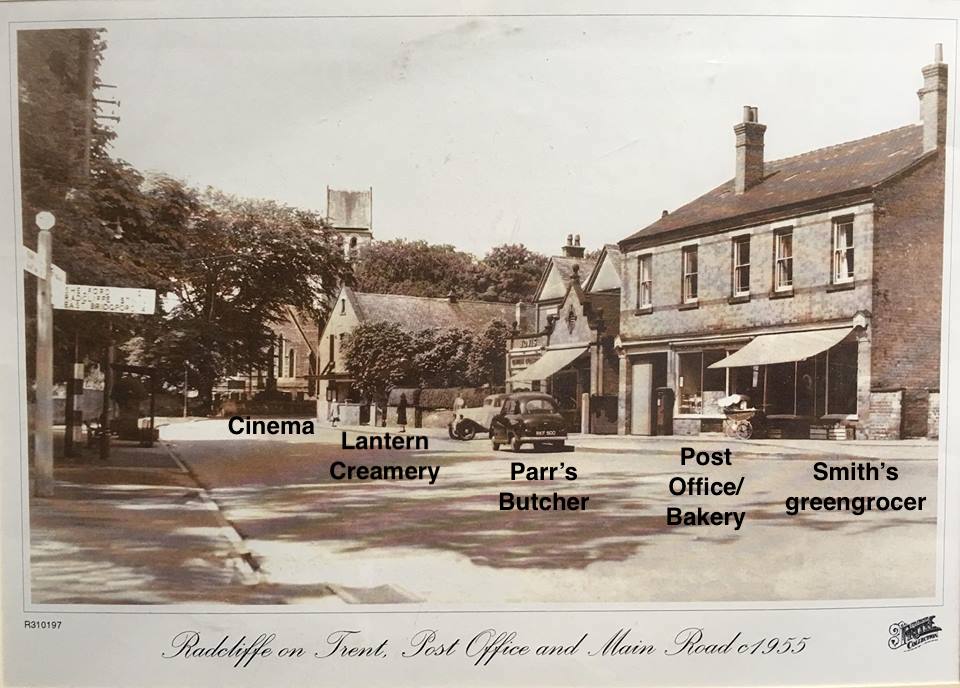 Miss Barratt ran the Post Office where Mills, funeral Directors is now. She also owned the bakery at the back and Jack Douse was the delivery man in a green Austin van. I helped him many times and he taught me to drive on Oatfield Lane. Donny Barratt was the cobbler at the back of the Chestnuts pub. The Lantern Creamery (next to Clifford Parr, butcher) sold big flowery baps, hot from the oven, 3d each!

I think there is enough there to enlighten you whilst you are ‘in confinement’. The next episode I will tell you about our wonderful local cinema, The Rex. Our Saturday night hop dance hall. The old Co-op and Co-op Hall and why it was my fault it was pulled down! The mysterious horse reversal outside the Royal Oak and the ‘white sparrow mystery in Barratts bakery. The Chestnuts Country Club, Tom and Muriel Brown, and a few more tales. 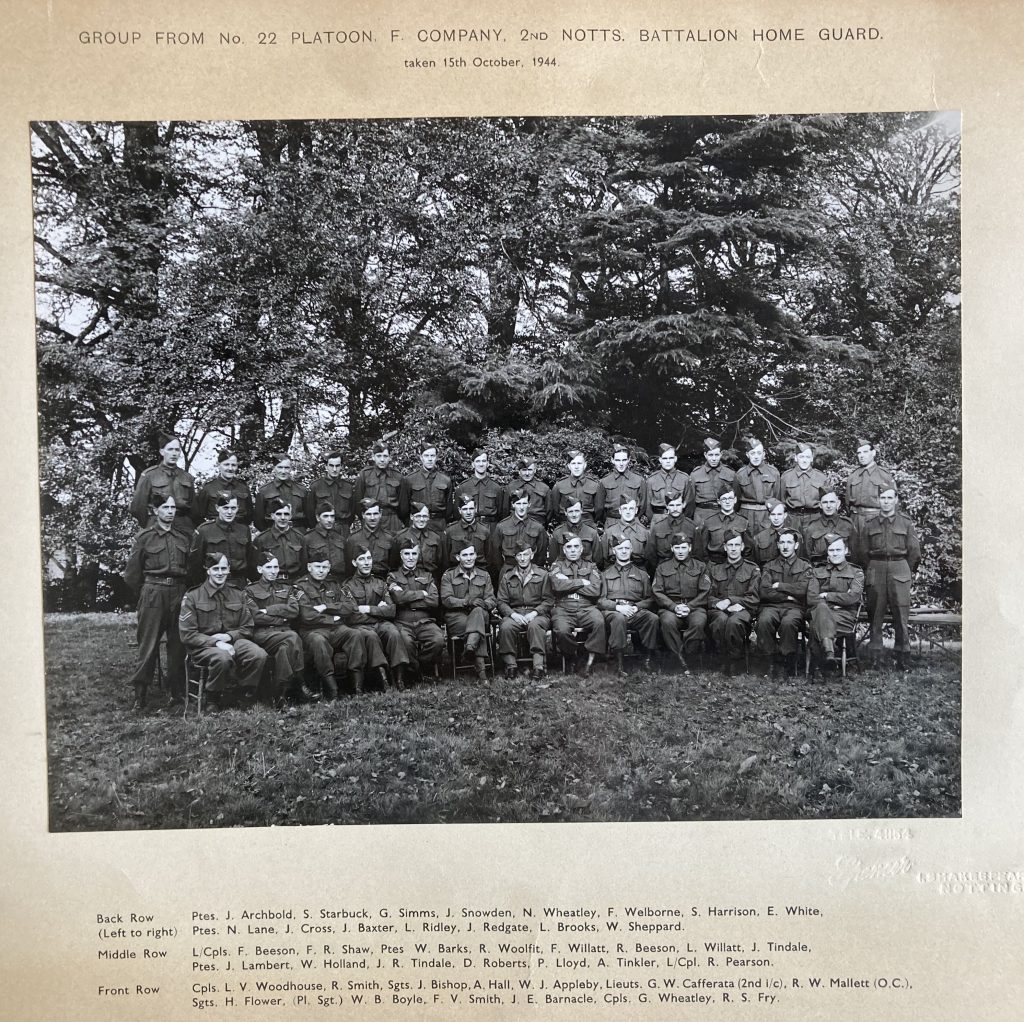