Many thanks for your warm comments on my last and previous ramblings about ‘Radcliffe as it was’. It seems there is an appetite for these reminiscences which trigger memories for the more senior readers (you know who you are and so do I!) and fascinate the more recent settlers, that is those either born, or arrived, after 1960! 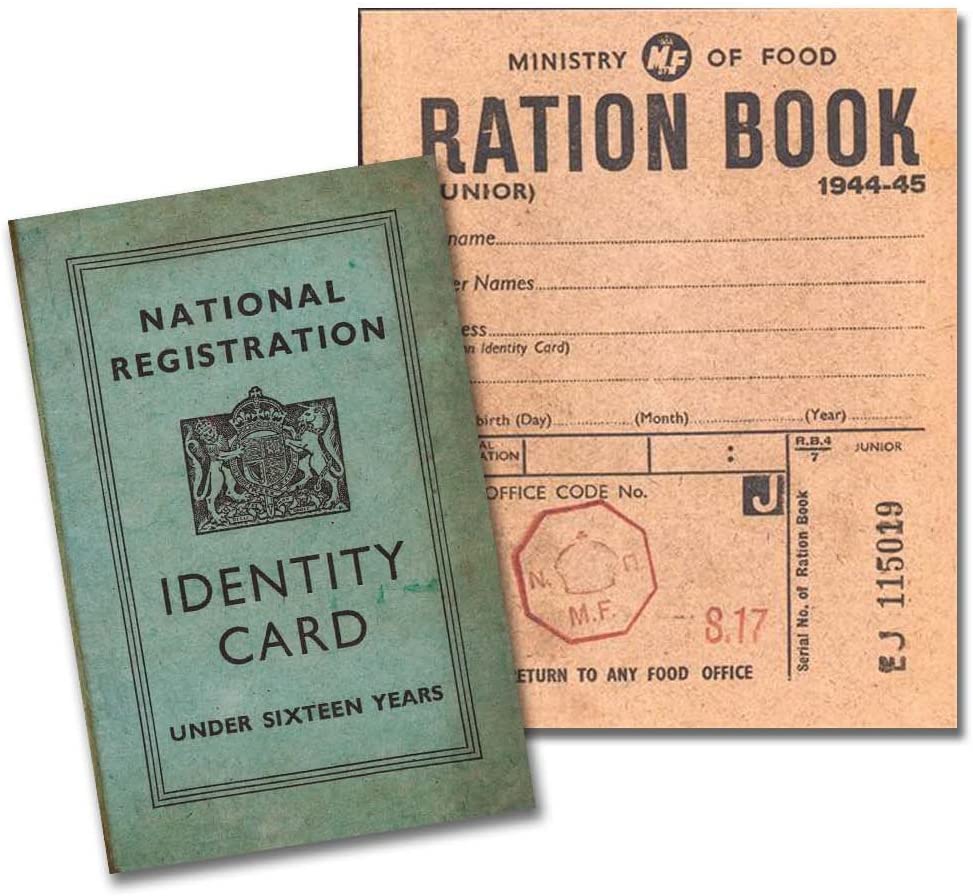 Christmas in the village during and shortly after the war was very different than today. Everything on ration, minimal food allowances, clothes on coupons, almost no travelling because of petrol rationing. But, in spite of all these limitations we managed to enjoy each other’s company. We could still dance (in the hall above the old Co-op, perhaps you remember, dancing teacher, Mrs Smith ( Mrs Dix, the teacher’s Mum) and her dancing classes on Saturday mornings to Victor Silvester’s strict tempo dance music on a wind up gramophone. ”The lady’s shoulder blade is not near her bottom Robert” she said. All the girls were taller than me so it was a ‘nose to bust’ situation anyway! “One two three, One two three, that’s it Robert, it’s a waltz and you are gliding not stomping through a farmyard”! Could I ever forget.

I was a chorister at St. Marys from seven till fourteen years old. So many times I have left it till the last minute on a Sunday evening and gone racing though the village on my bike. Through the whipping post gate, throw my steed against the church wall and crept in the side door. Through the Lady Chapel, down the right aisle to the vestry to get robed, (fading black cassock and a pure white surplus washed and slightly starched by my Mum) back up the same aisle to the choir stalls whilst they were singing the opening hymn.

By then, due to the war taking half our male choristers, ladies had joined the choir. We lads welcomed them because they brought lovely mince pies, lemon curd tarts and all sorts of goodies to choir practise on a Friday! We, quite disrespectfully, called them ‘the vibrato warblers’ because of the warbling effect they sang on the top notes. I am sure you will have heard such sounds with some lady sopranos or contraltos! They were also unforgiving of latecomers. I often received a gentle prod in the back from Carrie Scriven (of her later) during the sermon for drawing air battle scenes on the hymn book fly sheets. The battle of Britain was in full swing at that time. I claimed being late was my Dads fault. He was a stickler for proper turnout. Being a guard on the railway he lived by the three T’s, Time, Turnout and Truth. Abuse any of those and you could brace yourself for trouble! He would see me setting off for church, bring me back and ask why, when cleaning, I had not paid as much attention to the back of my shoes as the front. Because they received a quick rub when they were on my feet, that’s why Dad, a fact he knew quite well!

When fourteen my treble voice broke bang in the middle of a lovely solo aria called ‘For He Shall Feed His Flock’ from the Messiah. I was distraught, my whole family and half the village were in the church to hear the rendition. I never sang another note for two years!

I loved the church and the choir. In those days it was three quarters full for the 11a.m morning and 6p.m evening services. I even remember where the regular churchgoers sat. Dr. and Mrs Thomas, Mr Rooke, evacuee teacher, Mr and Mrs Parr (Pork Farm’s director), Mr Guy and many others.

There is no sound quite like the treble voice of a boy soloist. It rang round the solid church building like a bell, beautiful. When ever I hear the first verse of ‘Once in Royal David’s City’ sung by a young boy soloist it takes me back to me standing on the chancel steps in St Mary’s singing the first verse solo of that wonderful carol with the full choir coming up the aisle led by Mr Baxter or Mr Duke with the brass crucifix.

The very accomplished musician, and Choir Master, was Mr Caunt and yes, you have seen that name crop up a few times in these pages. Richard is his son and Marion is his daughter in law! It is she with others that do all the wonderful history research of the village and publishes the same.

Carol singing in the village was a duty we boy choristers enjoyed on the few days running up to Christmas day. Carols were practised a week or two prior to the day by three or four of us. All carols were rehearsed properly with harmonies and descants where appropriate. A quick bash at verse one of Good King Wenceslas was simply not acceptable.

Carrie Scriven (photograph courtesy of her family) was a dear lady who’s house was at the bottom of Packwoods Hill, (opposite Cyrus Hazards) quite near to where ‘front room’ telephone exchange was. (Mr Scruton, night telephonist I have written about before). Carrie loved choral music, and, for some reason, my voice. We left her carol(s) rendition till last, about 7p.m, for a very good reason. Whilst Shepherds Washed Their Socks By Night, was sung at the door. We were then invited in to sing a full repertoire with Carrie playing the piano. Three or four carols later we were given a mince pie, perhaps two, a tiny sip of sherry in a small glass (to help the vocal chords, don’t tell your mother!), half a crown ( two shillings and sixpence) each. Twelve and a half pence to you youngsters! It was the highlight of Carrie’s Christmas. I was too young then to understand why a little tear ran down her cheek whilst we were singing, I am now sure the sound must have transported her to somewhere other than Radcliffe, bless her. Our earnings went toward a few Christmas extras! 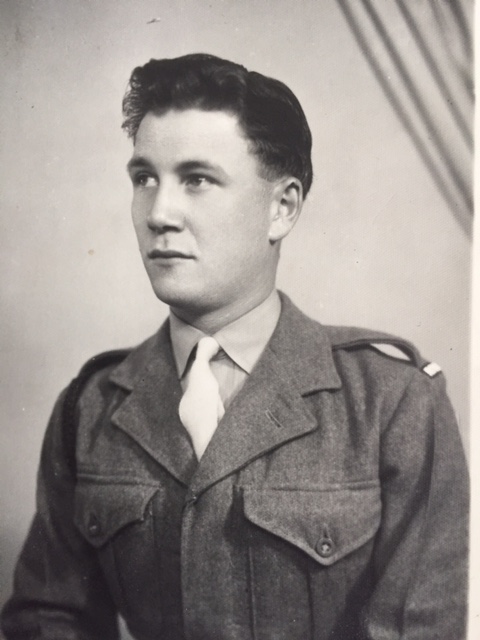 Just to finalise this Christmas edition may I tell you this wonderful true story.  I joined the Royal Signals for my two years National Service. (See photograph). All we civilian communication trainees were automatically placed in the Royal Signals. After completing my basic and technical training at Catterick Camp I was posted to El Ballah, on the Suez Canal in Egypt, we were technical communications support for a brigade of the Scots Guards. El Ballah is in the middle of nowhere, believe me!  On Christmas Eve night, December 24th 1952, the band of the Guards organised an outdoor Christmas carol concert on the sandy battalion hockey pitch. The Band Master, having heard me warble in the NAAFI a time or two, asked me to sing Silent Night at midnight. The band quietly accompanied me. I had sung that carol dozens of times as a boy.  It rang out over the desert whilst a battalion of men sat silently listening on the sandy desert thinking of home and family. It was very emotional for them…and me.

The following week the usual letter arrived from my Mum saying ‘ I heard you sing Silent Night on Christmas Eve Robert, it sounded lovely as usual. Hope you had a lovely Christmas, Mum.’ !

All that happened 68 years ago, I was 19 and I remember it to this day!

And that, good people, is what Christmas is all about and what we are all missing, being near to the family and friends we love.  Have a lovely Christmas all of you and stay sensible and safe. Lets all come out of this awful situation. Think of each other and of all your blessings and let’s get together again when it’s safe.