It seems good people that far from coming out of this awful COVID-19 situation we are having to cope with yet further huge restrictions well into the new Year. Everilde and I have had our first inoculation injections at the QMC.

Since my reminiscences and stories have continued to spark considerable interest I will carry on with a few more tales and reminders of the past in dear old Radcliffe! I hope that my stories help a little through these sad times.

May I thank the History Society for publishing my scribblings on the website radcliffe-on-trent-local-history-society.co.uk.If you want to enjoy the colourful history and interesting information about the village you could do no better than to visit that excellent page.

In the past, and perhaps even now the village comprised of the ‘bottom’ and the ‘top’. Why and where the dividing line was I don’t know, perhaps the fountain!

After moving from Bailey Lane at the bottom, I lived at the top at my mother’s shop, 83, Bingham Road, situated at the top of The Crescent leading to Harrisons Mill, of which later. The house is now a private residence. I lived there happily with my parents and brother Norman, from 1934 until 1955 when I was married.

My mother, ‘Dolly’, came from a retail background, my grandmother owned a general store on Bath Street, Ilkeston in the early 1900s. Mum built the business up to and during the war. She once told me her first weeks takings were £10! 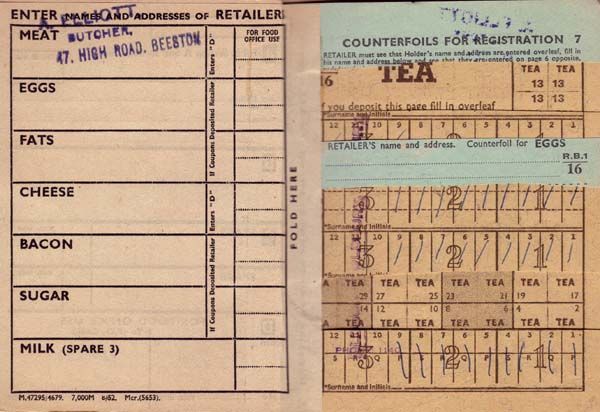 Grocery customers had to be registered with a shop from the early forties. Ration books were produced and coupons cut out for each item bought. Butter, cheese, lard, 2 ounces plus one egg per person per week. Powdered egg was available as an alternative! Not as bad as it sounds. Spam in 12inch long, 4inch square tins for slicing, about two slices per week per person. I’ve helped count thousands of ration coupons, in categories, to send with total number details to the Ministry of Food

I think nearly all the school kids in Radcliffe came for their two ounce per week sweet ration, it was very handy for the Junior school down the road. I remember weighing up gob stoppers, barley twists, and black liquorish pontefract cakes. Liquorish chewing sticks, actual roots of the plant, were also popular! We also sold toilet paper but it was that awful, wartime Izal, smooth stiff stuff, something like grease proof paper…Oh dear, I won’t elaborate! 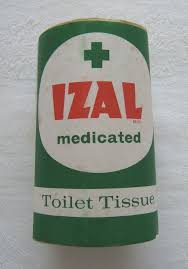 As soon as the ice cream powder, sugar etc became available we made ice cream. I’ve churned hundreds of gallons. Ice cream wafers, (a sandwich of ice cream between two wafers) were a favourite which you don’t see these days. Wafers were 4pence, cornets 3pence (old pence that is! 240 to the £1!)

Dad, being a railway man, could buy the old recovered railway sleepers from Colwick Yard. They were straight grained and heavily creosoted, and ideal for making kindling sticks for the fire. A passing goods train would drop off a couple of sleepers behind Harrisons Mill. We carried them up to our back garden which ran parallel to The Crescent. We would lift the sleeper on to a wooden sawing horse and, with a big doubled handled saw, with me on one end and my brother on the other, cut the sleeper into six inch blocks ready for chopping into sticks. Six sticks were put into a ‘bundler’, a thin wire then held them together ready for sale in a box in front of the shop at 2d a bundle!

Sadly we had a kleptomaniac lady who insisted in pinching the odd bundle every so often! Mum wouldn’t do anything about it because she was from a well off local family and the disgrace would have been awful. She also appreciated that kleptomania is a mental problem that required help rather than punishment.

However, to celebrate my return from my National Service Dad decided to put a really good show in the garden in front of the shop. He sent for some very special, new, expensive, blood red wallflower developed by Suttons Seeds. He set them and nursed them on until they were really strong bushy plants in pots. He planted them out 12inches apart in six rows ready for me to see in full bloom when I came home. I remember to this day walking up the path from Bingham Road to the shop door and seeing the lovely display. Trouble was every other one, about 50, was missing! On checking some days before I got home Dad had found the missing plants down the border of Mrs Kleptomaniacs drive! My mother, who could be fiery, was incandescent. She summoned her and her husband to the shop, read the ‘riot act’ for ten minutes and banned the whole family from the shop for ever!

John (Jack) Carter was the main builder in the village and his high quality joinery shop and yard was situated up the road from our shop. He built many of the houses on the other side of the A52 hence the road names ‘Carter Avenue’ and ‘Johns Road’ ! He also supplied me with free bags of shavings for my rabbits!

The ‘Frying Pan’ I referred to in a previous epistle was Hillside Road of course, nick named because of its frying pan layout. There were two lovely tennis courts in the middle where I played many a time.

Mr Talbot, who lived along the by-pass, was a mathematics teacher at Magnus Grammar School, Newark. He was in his sixties and I seventeen. I never beat him once on the tennis court! He played with his brain and could place the ball where I wasn’t! He not only taught me maths but a lifelong lesson, the best weapon you have to beat your opponent, whatever the sport, is your brain!

His sister was District Nurse Talbot who worked in the village for many years. She was a small dedicated lady with poor eyesight and a big hypodermic syringe! She injected Everilde ninety-nine times over ninety-nine consecutive days, including Sunday, with streptomycin! This was to combat TB in her wrist joint contracted as a child and re-immerged when she had our second baby. Streptomycin was a fairly glutinous fluid that needed a large needle and the site of the jab needed to be carefully considered because of the vision situation.

The men from Walter Harrisons and Jack Carters (builders) often came in to the shop for their ‘fags’. If I remember right my good friend Mr Brian Oliver, a contributor to The Fountain, was one of them! Wild Woodbines, Robins, Players Weights, Turf, Gold Flake, Players, Capstan, Senior Service all in wartime paper packaging. If you were very posh ‘Passing Cloud’! Later Players No. 6 arrived that the Horizon factory, near Clifton Bridge, was built to produce. We never stocked American brands like ‘Lucky Strike’ and ‘Camel’. Mum said they smelled like where the camel lived!

To supplement my pocket money I bred New Zealand Red rabbits in a bank of hutches. I also kept about a dozen pairs of budgerigars in an aviary with a double door entry. The row of nest boxes for egg laying had to be exactly the same height otherwise feathers flew as they fought like demons for the highest! They sold for five bob each, (25p). Any colour as long as it was blue or green! Bran and seed for feeding was a hundred yards away at the mill!

My bedroom window looked down over our back garden and an allotment tended by Geoff Harrison (son of George) which ran into the large yard in front of the mill. The retail shop building, was not there then. A railway siding served the rear of the mill whose services were vital during the war for animal feed and other farm necessities. There were many hundreds of tons of grain and I remember the linseed smell of cow cake feed. A large extension was built by Broughs of Beeston to the right of the main building. It was then, and perhaps still is, the largest building by far in the village. 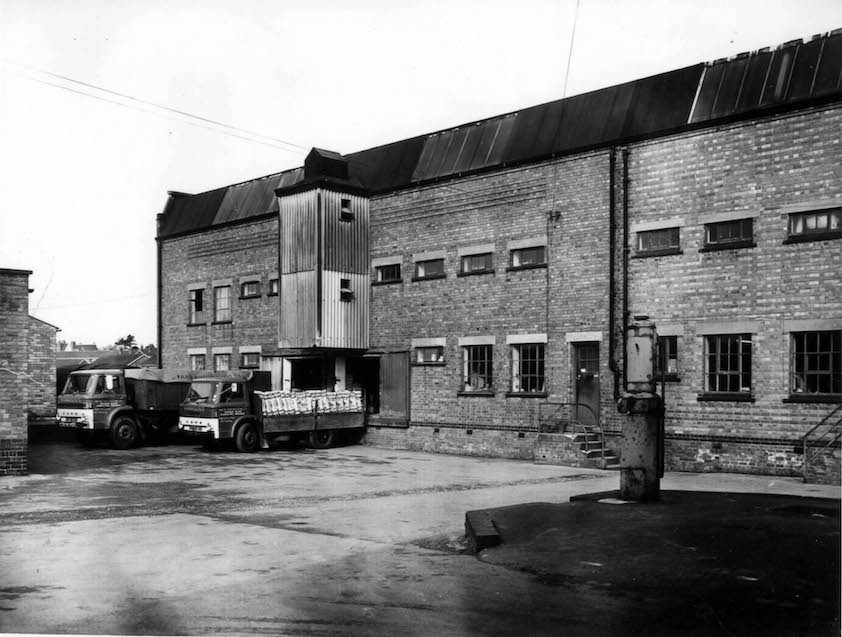 One Sunday morning, during the war, there was an awful racket with bells clanging and ‘all hell let loose’ down the Crescent normally very quiet. I am sure you will have heard of the Green Goddess fire engines. They were the green firefighting engines, manned by volunteers in the main, to extinguish fires caused by bombing raids! Fortunately we didn’t get many bombs on Radcliffe but if we had the Green Goddesses (together with the Home Guard) were there ready!

A high ranking fireman decided a fire extinguishing practice was needed for the men, what better place than large Harrisons Mill on a Sunday when there was no one there. Three engines arrived at breakneck speed with clanging bells and water bowsers in tow. Hoses were quickly run out and two firemen were detailed at each high pressure brass nozzle. The command ‘Water’ was shouted and powerful jets of water were soon shooting high up on to the flat top roof of the building. There was one small, but serious, problem! The huge ventilator windows, on the mill roof, which couldn’t be seen from the yard, were open! By the time this was realised things inside were a little damp. I often wondered who paid for the dry out. I imagined lots of volunteer firemen with mops and buckets. It was not funny of course and no doubt caused substantial wastage of vital feedstuffs. 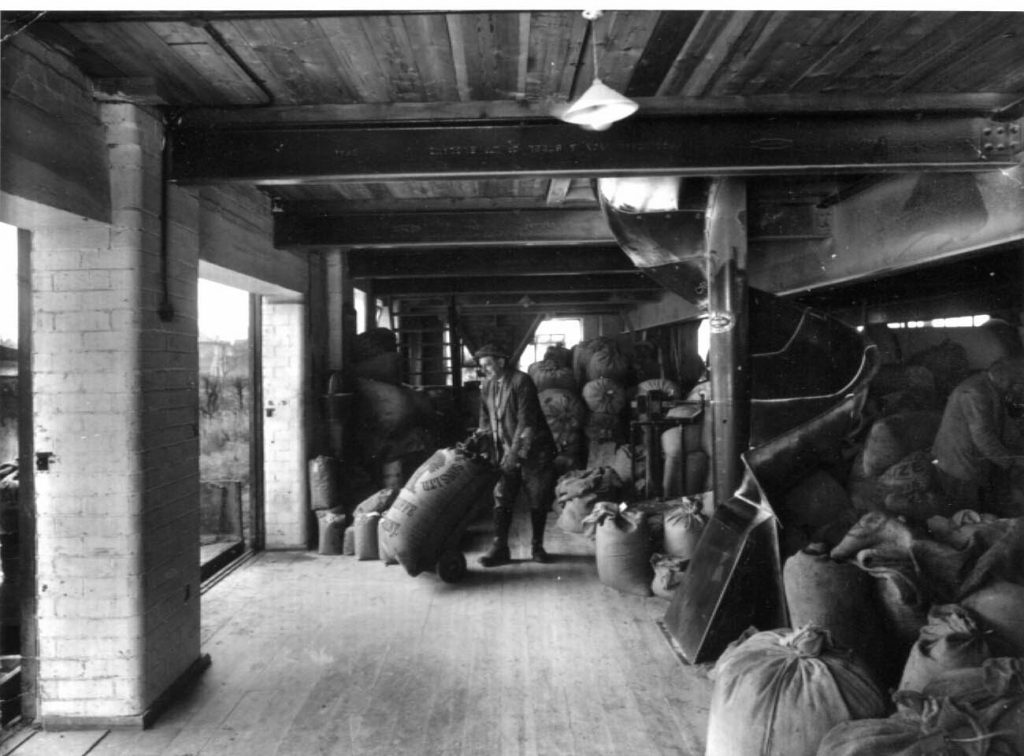 My daughter, Kathryn, was tested yesterday (7.1.21) and declared virus free by message at 6 am today (8.1.21) She popped in at 8am to give me and her Mum a hug before mixing again. First time since last March and was so emotional. Don’t we all miss our closeness!

I hope you enjoyed this little trip down memory lane in Radcliffe.

Stay within the guidelines for safety from this awful situation we are in and keep your spirits up…it can’t go on for ever!