Many of you will recognise some of the names of my Junior School friends. Roy Eccles whose parents, Major Eccles and his wife were resident managers at the Salvation Army home, Oakfield House, Bingham Road. John Hemingray, his Dad was the coal merchant, Graham Smith (Dad was the baker at Barratts), Ann Sykes, Betty Parnham, Joy Snowdon, Ruth Cook, Brian Bullimore, The Nowell family, the Hanley family and many more that I could name.

My best friend from five years old, and still is, Peter Skelton. We started school together in Miss Bates class in 1939! 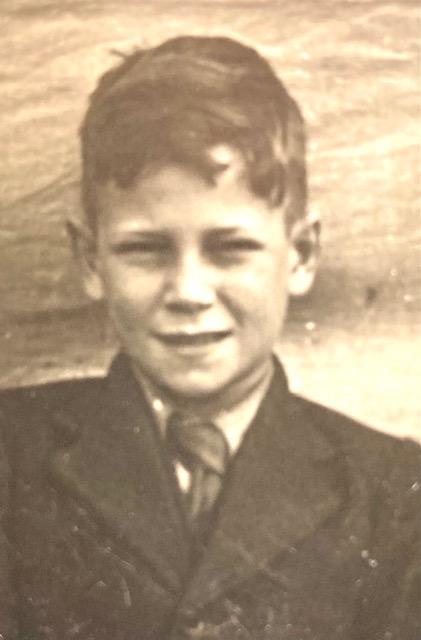 Pete and I were ‘joined at the hip’ as youngsters. He lived with his Mum Sal. and his Dad, Frank, and brothers and sister at the Harlequin. I must have had as many tea time beans on toast at his house as mine!

Peter’s Dad, Frank, was a real character. He served in the Royal Navy on HMS Tiger, a destroyer, in the first world war. He told many a tale to us youngsters and also played the violin very well. I think that’s where Pete got his love for music and the trumpet which he has played all his life.

We started our musical career with the Radcliffe Brass Band in Tommy Pepper’s garage, now called Ashmore’s restaurant, following Rose’s garage at the bottom of New Road. Charlie Cook, a trombonist, was the band leader. His two lads, Norman and Roy also played. Peter was given the trumpet and I, a dented and somewhat careworn tenor horn! My first practice session at home resulted in me being banned from the house and sent to blow in the greenhouse which was situated at the bottom of the garden and not far from Bill Heatley’s pidgeon loft. Bill complained to mother that the noise was upsetting his birds and so ended my musical career!

I suppose you might have described Pete and I as ‘adventurous’! The field at the top of Bingham road (now a sports field) had a large pond, about three feet deep, in the far corner. Close by was a galvanised iron drinking trough for the cattle. For some reason we thought it would make a canoe! It floated, for a minute then turned over with us in it. Wet through we managed to drag it out of the pond and replace it in its proper place.

The railway ran next to that field with the up and down main lines and the ‘slow road’ next to the field. As many as 4 or 5 trains used to queue up there, in the war, waiting to get into Colwick yard with either empty wagons or iron ore from Ancaster bound for Stanton Iron Works. 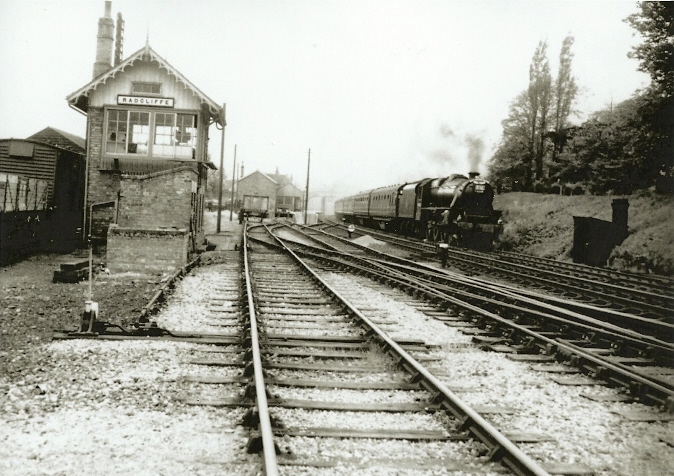 Drivers would sometimes let us ride on the engine just rolling down the Saxondale gradient as one after the other were cleared to go through Radcliffe station and on to the busy Colwick Yard. This happened to be ideal for drying wet through clothes in front of the firebox! When the driver asked our names I willingly said Flower not realising that all the railway men at Colwick knew each other…including my Dad! Two days later, at tea time my pond diving activities were ‘discussed’!

I had a ‘near death experience ‘ on that same stretch of line. My brother Norman was 6 years my senior. He was a cleaner, fireman and eventually a driver on steam and diesel engines. This day, when he was a fireman he forgot his ‘snap bag’, a canvas bag with a shoulder strap containing his sandwiches. He telephoned from work and asked me to go down to the line (behind Harrisons Mill) and stand holding the shoulder strap in a loop. He would get to the bottom footplate on the engine and scoop up the bag.

To get up the Saxondale incline trains had to give it all they had got out of Colwick Yard. Up to a hundred wagons with twenty tons of coal in each take some pulling. So there I stood, twelve years old, with a huge engine, regulator wide open, pounding and rocking with exertion coming toward me with my brother hanging off the bottom step indicating to me in or out before snatching the bag from me! I closed my eyes in the last seconds and have never forgotten the experience! If my mother had known I dread to think what would have happened to my brother.

Pal Peter was, for a time, delivery lad for Mr Riley, the grocery shop at the bottom of Shelford Road. I think you can still see his name on the end wall of those houses. 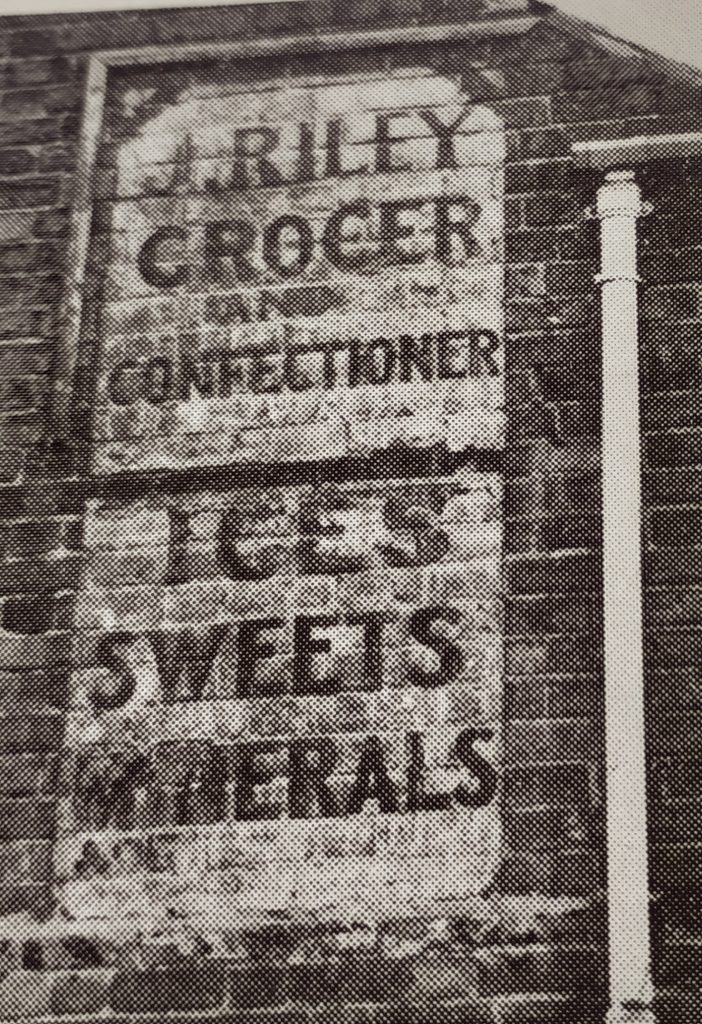 Photograph from the Cutler Collection

This particular evening, in September, he was delivering a bike carrier full of groceries to families at Holme Pierrepont down Holme Lane. Peter had a very vivid imagination and I had been telling him, in some detail, all about the floating ‘White Lady’ at Holme Pierrepont. It was quite misty and I think the possibility of a white lady ghost built up in his mind. He peddled, non stop, like a man possessed, until he reached Adbolton. The pot holes in the lane were no better then than now! The groceries were bounced out of the carrier and strewn from one end of the lane to the other. He came back up the A52. Mr Riley didn’t give him the sack, but it was a close thing!

Continue to be hopeful for the future everyone. We will all come out of this situation because we have to. If my stories give you a smile and stir a memory of the old village life I’m happy. I think I can keep going as long as the virus can!