In the mid to late 1800s my grandfather, William, was ostler (managed the horses and stables) to Lord Manvers at The Hall, Holme Pierrpont. Later he became chauffeur, (with a model T Ford!) to Dr. Campbell at The Manor House, on Wharf Lane, now a nursing home). My grandma Alice was the cook, that is where they met, and married. 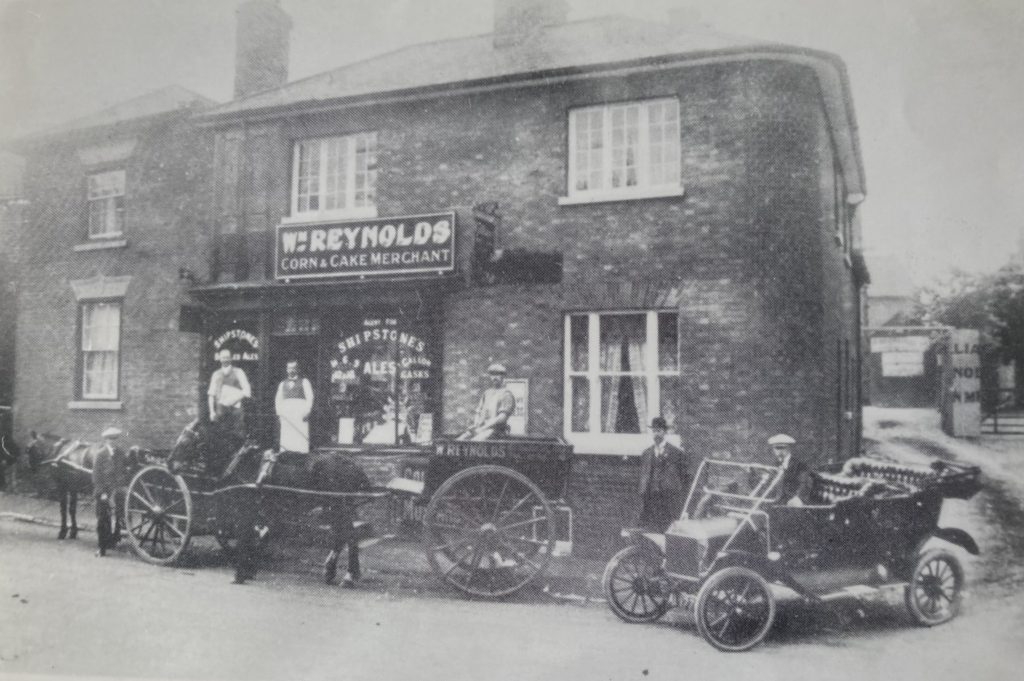 Driver of the car believed to be William Flower, Bob’s grandfather
Image from the Cutler Collection

On Friday lunchtime it was the routine that Lord Manvers visited the Royal Oak in the village for light refreshment. Grandfather drove him in his pony and trap to the pub. Holme Lane at that time was gated with, I understand, seven gates from the Hall to the village. This meant grandpa William alighting from the trap, opening the gate, leading the horse and trap through and closing the gate…seven times! Lord Manvers went in the best room and grandfather in the spit and sawdust! Both enjoyed a convivial couple of hours with each consuming similar amounts of best Royal Oak ale! On the return journey, after a couple of gates, wonderful beer courage prompted grandfather to make a comment you should not make to a Lord of the Realm.”It’s about time you got down and opened a gate or two yourself, M’Lord” ! “Your sacked”, was the immediate response! By the time they reached the Hall full consideration had been given to the matter and grandfather was re-instated! I was not told who opened the gates thereafter but I suspect it was not Lord Manvers!

My Dad told me this story. He said this happened every Friday for years!

Holme Lane has wonderful memories for me. It is where Radcliffe’s cricket ground was situated since the 1800s. It was possibly the finest local ground in the County. Sadly, the reason it was the finest caused it’s demise! The outfield was always lush and green. I have mowed it with the 36” Dennis mower dozens of times, round and round! The playing square was equal to that at Trent Bridge. Archie Vickerstaff was the groundsman. His horse was called Maggie and, with special pads on her feet, she pulled the heavy roller to produce a perfect batting wicket. It was Radcliffe marl (hence Marl Road!) that was used to produce true flat wickets. Marl being a form of clay which allows grass to grow but keeps the roots bound together to produce a hard, flat true wicket to play on. It was used all over the world for cricket pitches. The reason the ground was so good…drainage. Underneath the ground was gravel! Hence the wonderful water drainage. I have been on that ground when a thunder storm has deluged and flooded the whole area and we have been playing on it within an hour! The gravel was valuable , not so much for concrete but for water filter beds. My precious ground was eventually sacrificed to the gravel diggers! We moved to the current ground on the A52 armed with a bucket picking up stones for weeks! 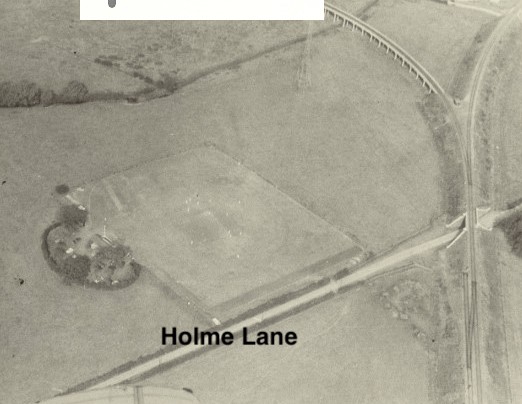 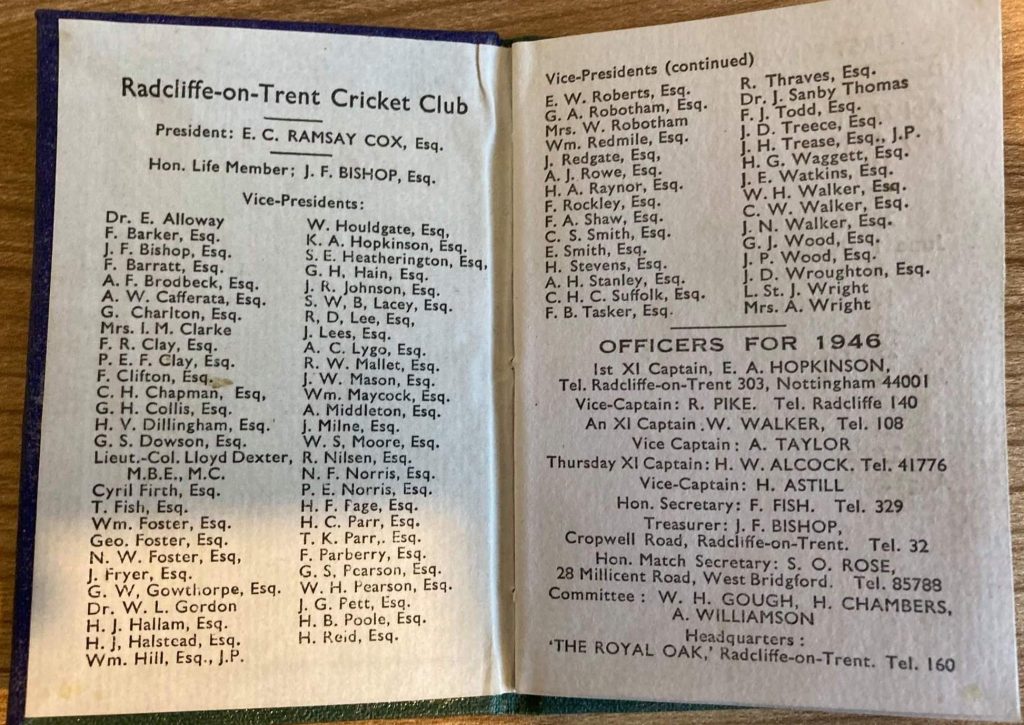 The official club headquarters was the Royal Oak! Why, I don’t know, but all important matters, including team selection, were conducted there. Net practice was on a Friday. The nets backed on to Holme Lane. The seniors let the youngsters have a go in the nets if time permitted. I was 14. I remember padding up, putting my box and gloves on (no headgear in those days) and going in the nets to stand in front of the stumps. Mr Wilfred Gough, (who became a real friend of mine) had an 18 yard run up. Jack Bishop, (Club Captain) stood behind the net, with whispering words of advice. A bit like the RSM in the film Zulus. Stand to him lad, don’t back away, don’t show him fear, play him down the line. All the time Goughy is coming down like a train. Most of you reading this will not have stood facing a fast bowler delivering a five and half ounce cricket ball at approaching 100 miles per hour. Wilf never slowed up for anyone. He reckoned if you had pads and a bat it was up to you. To his credit he never bowled short though. I don’t remember what happened after the delivery. Someone remarked put your brown trousers on next week Robert, he was right too! Had it not been for two bowlers, Messrs Larwood and Voce, Wilf would have been playing for Notts! 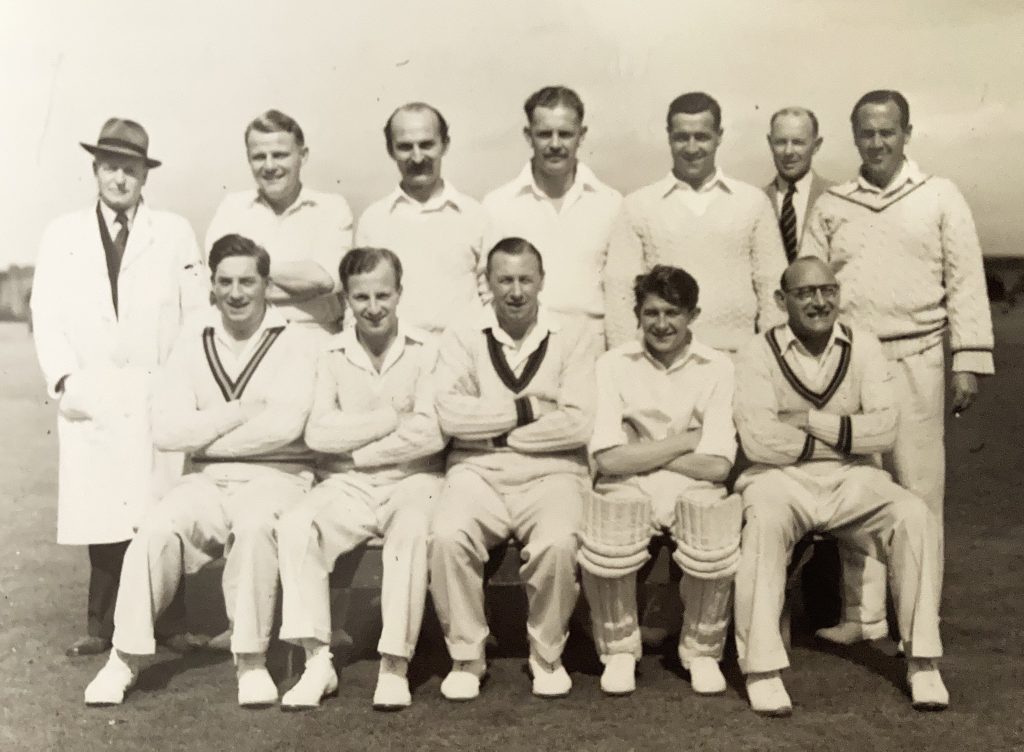 Just a quick story involving Clifford Parr, who many of you will remember was the butcher, his shop opposite the fountain in the village. Although he was a total dedicated club member, and a great character, he did not know a cricket ball from a jaffa orange. Clifford was the sometime Thursday eleven captain for a period. (Most shops closed on a Thursday afternoon in those days, hence the need for a cricket team to occupy the time!) One Thursday we were playing an army team at Chilwell Barracks. Driving up to the barrier gate at Chilwell the guard came to the car and said “Who are you”? “We are the Radcliffe Cricket Club” says Clifford. “Well you can’t come in without a pass” says the guard! “Who says so” says Clifford. “I do” says the guard sticking the muzzle of his rifle in Clifford’s ear!  “Well, if your going to be nasty about it we’ll report you to the Committee” says Clifford. The guard went away and confirmed our authority with the CO I presume, and let us in. Clifford later claimed he knew the password but was just testing security…as if! 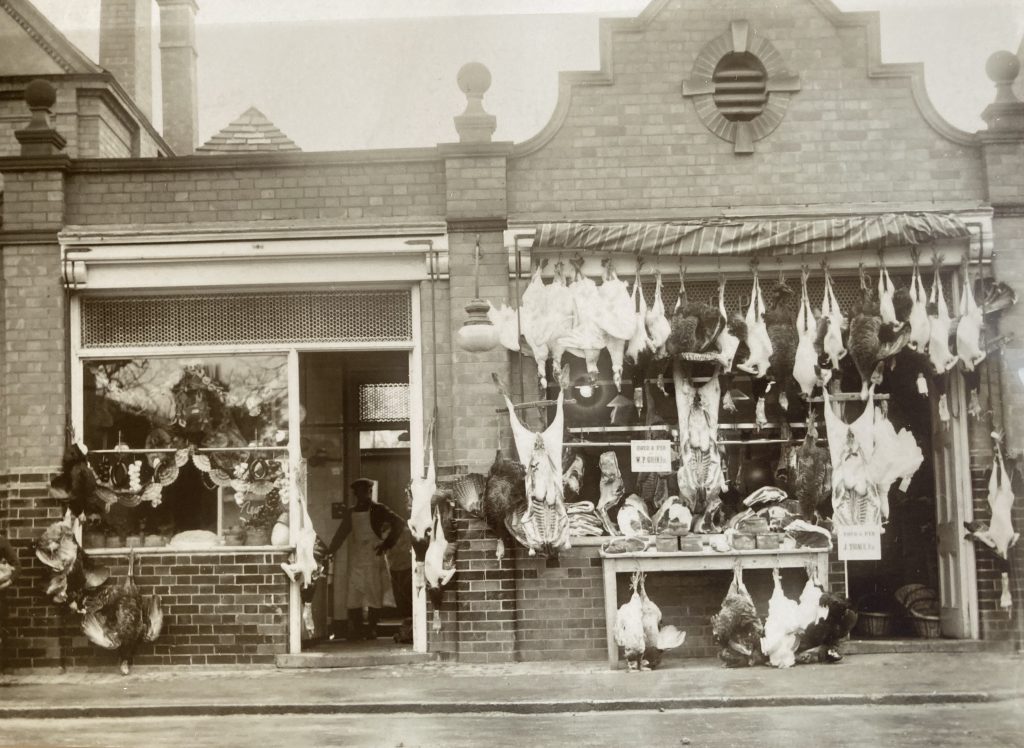 Parr’s Butchers (and still a butchers!)

I have many cricket stories but I am sure most of you probably won’t be particularly interested.

I also have a store of GPO/Post Office Telephones/BT stories also. One of my talks in days gone by was ‘Up The Pole and Down the Hole’, I have spent plenty of time doing both! There was also my eighteen years as a wedding photographer. A few stories there to make you smile.

Try to keep happy (and sane!) during these testing times.