Well good folk of Radcliffe on the River, how are you all coping with this second term of lockdown?

What a situation we all find ourselves in, unprecedented in any of our lives. There is no doubt we are all managing our situation in different ways. Most of us here in the village have nice gardens and houses and are living with people we love. This is sadly not the case for everyone and I feel for those who live on their own, in a flat or similar and cannot socialise with friends and family, especially at Christmas when traditionally we get together to enjoy ourselves.

Being vulnerable, delicate and shy I have been on the ‘do not disturb ‘ list since March. I am sure many of you will know that Everilde and I celebrated our sixty fifth wedding anniversary in October. Celebration dinner at the ‘Radcliffe’ pub was a clinical affair with each two metres apart and waiters wearing the obligatory masks. We were allowed to remove them whilst eating but replace them when moving about. Very thoughtful I thought! I sat there remembering the building as a private house when I used to deliver bread there as a lad working in the school holidays with Jack Dowse, who delivered bread for Miss Barratt. Her shop and bakery was where Mills, the funeral directors is now.

As I shower each morning I think about those ‘good old days’ in the early forties. We had one bath a week, on Sunday night in a maximum of four inches of water! The war was on you know!

Change of underwear and laundry washday was Monday morning. Whites went into a copper boiler with a handful of soap flakes, no detergent then, into the ‘dolly tub’ for a good ‘ponching’. Rinse in the sink and a trip through the mangle with wooden rollers then hang on the line, with wooden pegs of course. Monday washday was completed with Mum ironing on the kitchen table. None of these fancy electric irons though, we had two flat irons. One on the trivet in front of the fire heating up, the other ironing the washing. 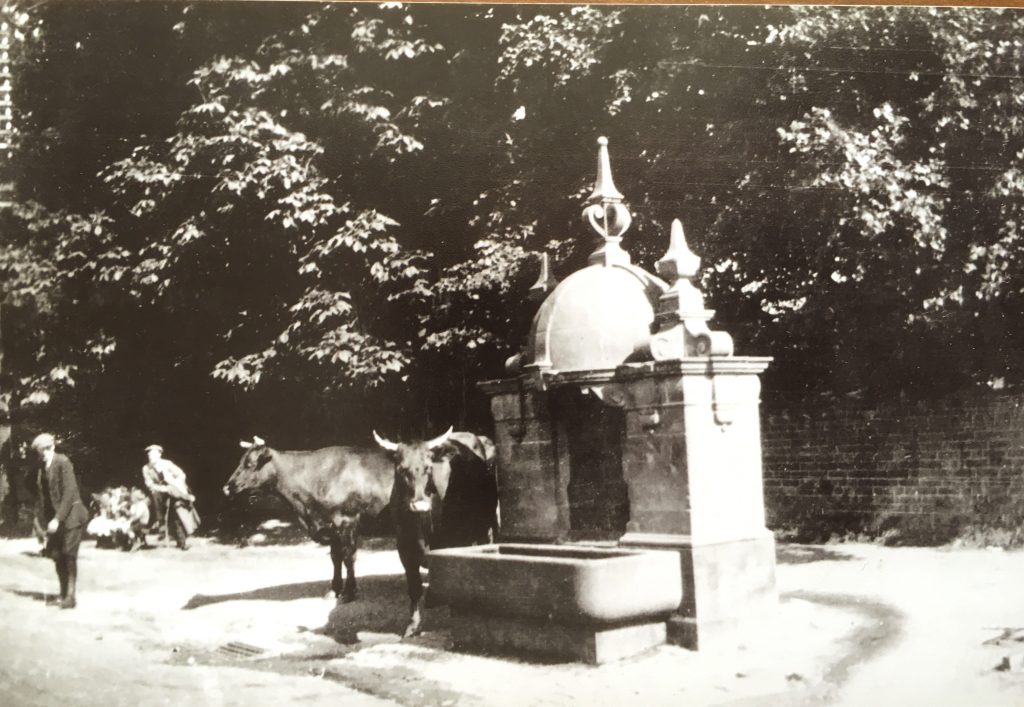 The Fountain
Image from Cutler Collection

I find reading some of the details about the history of the village quite fascinating. I go back somewhat further than most memories though being in my eighty seventh year. For instance how many remember when the fountain was a working amenity and horses and cattle (yes I’ve helped drive cattle bought at Cattle Market to East Bridgford!) drank from the trough. I have had a drink of water from the small fountain spout on the pavement side many a time. 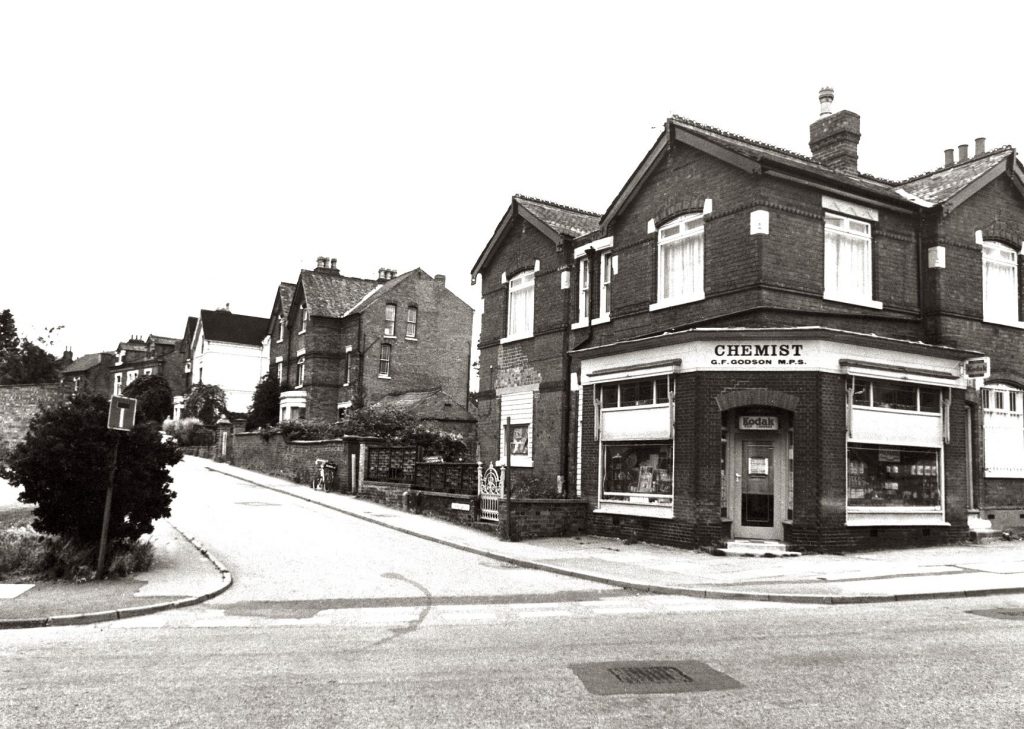 The chemist shop history was interesting. In my young days it was owned by Mr Smith and Mr Bucknall was his assistant. His son Ken was a good friend of mine together with Dave Riley, son of the grocers at the bottom of Shelford Road.

One of our hobbies was fishing mainly in the Lily Ponds and the Trent. For some reason we thought that we got better bites very early in the morning. Ken and I responded to the alarm clock at five a.m. quite well but Dave went unconscious. His bedroom looked out on to Shelford Road, above what is now the a take-away The sash bedroom windows above are still there if you look. We decided the best way to wake Dave was to tie a string to his big toe and hang it out of the window with a stick to weight it down. A couple of quick snatches should do the trick! We tugged on that string for five minutes with no response whatever. We stopped pulling after a while concerned that Dave’s big toe might come through the window! Much later we found out that Dave was no mug. He had tied the string to the brass bed end. He eventually went on to become a commissioned officer in the RAF flying jet fighters. Whilst visiting retired Mr and Mrs Riley at Hucknall Mrs Riley said “Dave will be coming over soon”. I thought that would be nice to touch base with him. Problem was he ‘came over’ in a jet aircraft doing a barrel roll at some ridiculous speed over the house. His Dad said he always was a bit of a show off!

Dear Reg Inger, the greengrocer on Packwood’s Hill has been mentioned a few times My good lady worked for Reg about seven years before moving to the chemist, Gordon Davies, across the road. They eventually moved down into the village where the chemist shop is currently situated. She worked there for eighteen years. She tells the story, when working for Reg, of the lady (no names) who came in and asked for two pounds of potatoes, small ones please because the big ones are too heavy! Another memorable moment was the chap that came in with a note from his wife, it read among other items ‘arf a letis’! Reg would have obliged if he could find a customer who would have the other ‘arf’! It’s a wonderful thing education.

Have as nice a Christmas as you can everyone and, please, keep safe.