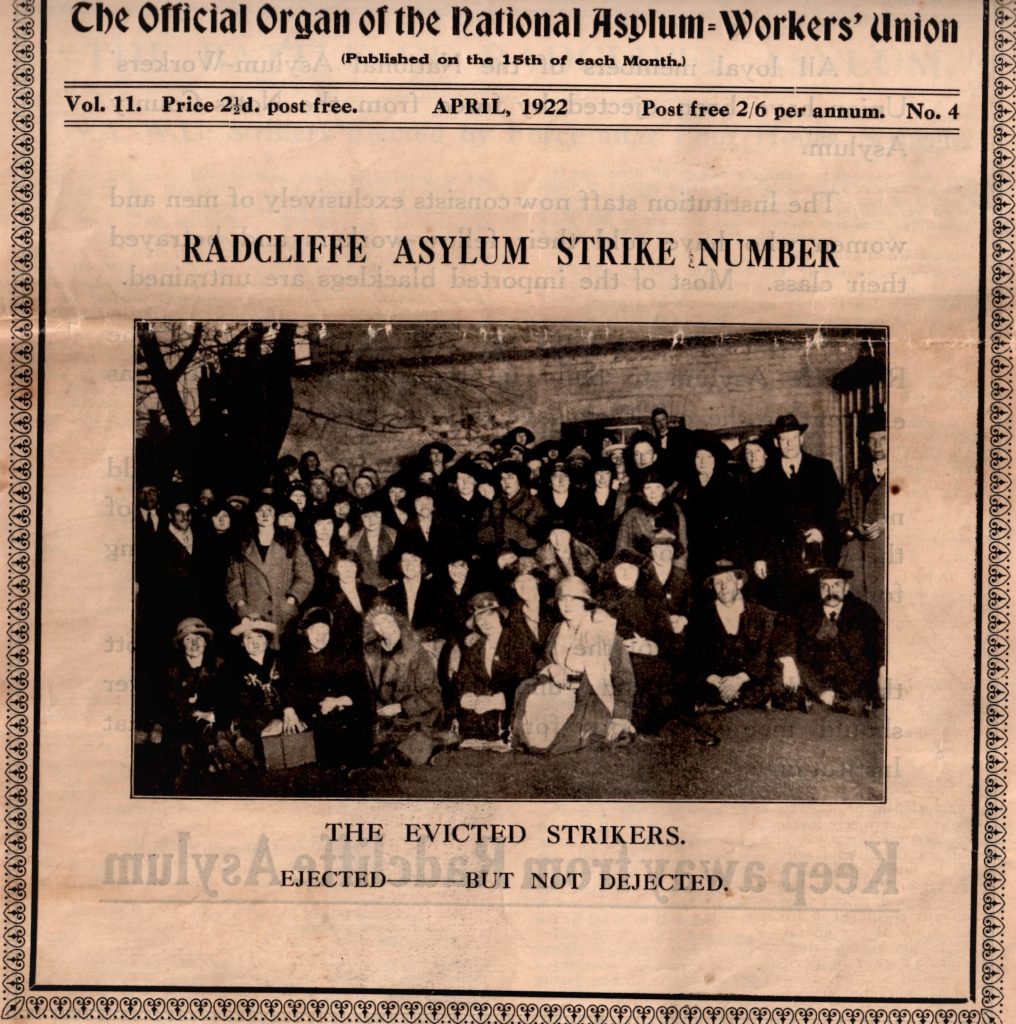 A strike took place in April 1922 at Notts County Mental Hospital, which was renamed Saxondale Hospital in 1948. Female nurses took the lead in staging a strike over two days in protest against plans to increase their hours and decrease their wages. Seventy-three staff members were subsequently sacked by their employer, Notts County Council.

In March 2022 Marion Caunt, Rosie Collins and Pauline Woodhouse gave a well-received talk at Grange Hall on the history of the hospital from 1902 to 1930. It was presented as one in the series of monthly talks hosted by Radcliffe local history society. Rosie focused on the strike, which she has been researching in depth. Her recent article, ‘Striking Nurses Ejected from Wards after four-hour Battle’, first appeared in the Nottinghamshire and Derbyshire Labour History Society May 2022 newsletter. It has since been reproduced on the Nottinghamshire Nursing History website.