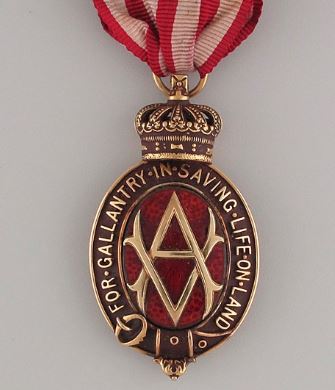 In 1901 the family were living at Park Road Villas, Middlesborough. Thomas’ father was a draper. In 1911 Thomas, also a draper, was a visitor with the Richards family in Morton in Cleveland, Yorkshire.

He enlisted at the outbreak of WW1 and served as a Second Lieutenant in the Yorkshire Regiment mainly on home service, though according to his medal card he was serving in France in 1916. However he was at Catterick Garrison in June 1917.

On the 26th June, 1917, Lieutenant (then Second Lieutenant) Dickson was instructing a man in throwing live bombs. One of the bombs failed to clear the parapet and fell back into the breastwork. Lieutenant Dickson told the man to run to safety, and himself did so. On reaching shelter he found that the man had not followed. He at once ran back into the breastwork, and saw the man crouching in a corner on the far side of the bomb. He ran past the bomb, seized the man, and dragged him back past the bomb into’ safety just before the bomb exploded. Had not Lieutenant Dickson deliberately returned into the danger zone, the man would almost certainly have been killed.

He married Edna M Meredith in 1923; they had a daughter, June, born 1924. This marriage ended in divorce, date unknown.

In June 1928 he visited Montreal on board the Regina; he was still a draper and gave his address as The Friary, Middleton St George, Near Darlington.

By 1939 he was living in Belgrave Square, Nottingham and Constance Alice Johnson, who he married in 1940, was living with her mother on Henson Lane, Radcliffe on Trent.

Due to his age at the start of World War II, he joined the Royal Army Pay Corps as a Cashier with the rank of Lieutenant. He died on 6th August 1945 aged 52 in Nottingham by which time Constance had moved to Stratford Road, West Bridgford. He is buried in Radcliffe on Trent cemetery in a Commonwealth War Grave. 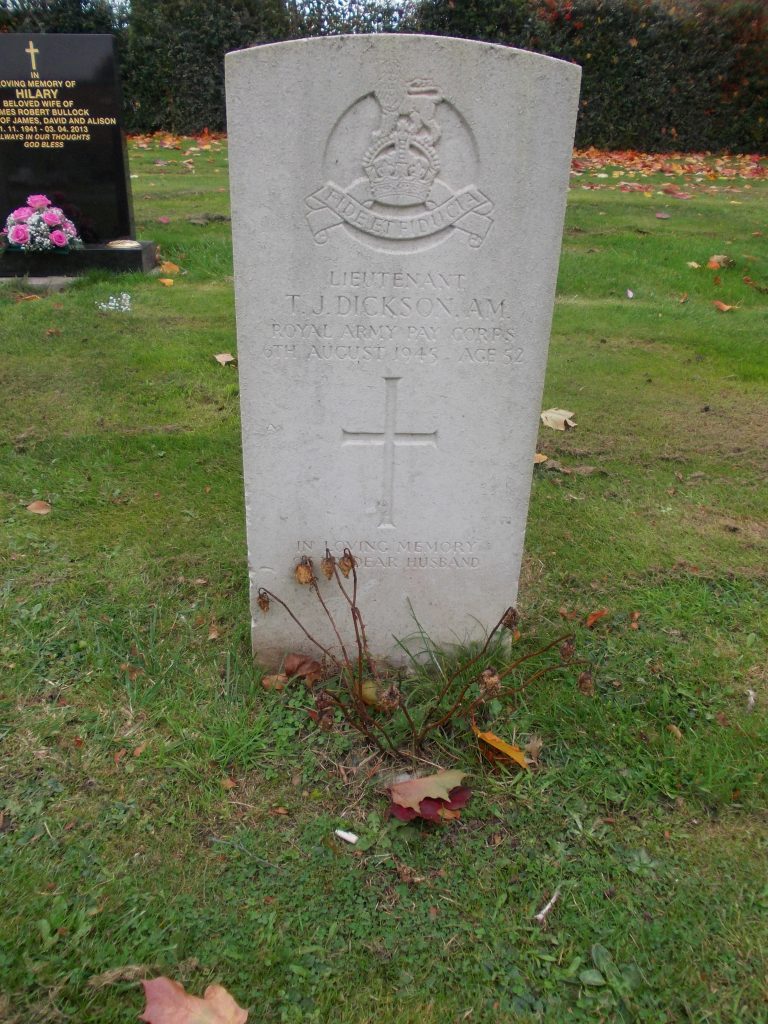