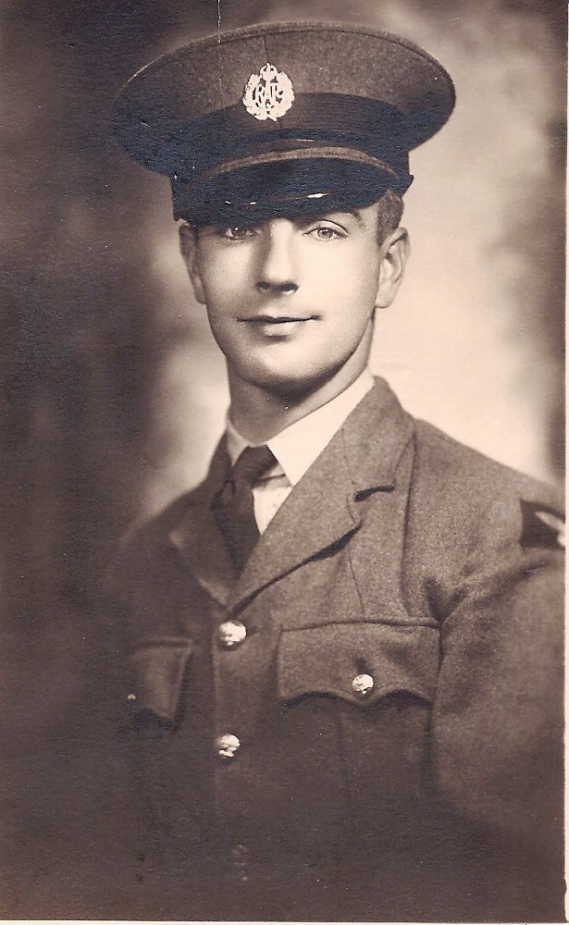 Thomas Percy Rook was born in July 1914 in Radcliffe on Trent, the younger son of Percy R Rook and Mabel Louie Howard. He had a brother, Kenneth Howard Rook, born 1912, who also served in WW2, and sister Constance Lilian born 1915, who married a WW2 US serviceman.

His father, Percy, served as a Lance Corporal in North Staffs Regiment in WW1.

In 1918 the family were living on Eastwood Road, Radcliffe and by 1922 they had moved to Julian Road, West Bridgford. In May 1932 Thomas travelled to Dakyne Farm, Falmouth, Nova Scotia, Canada, aided by National Association of Boys Clubs after he committed a number of traffic and other offences. Dakyne Farm was originally founded by Oliver Hind of the Dakyne Lads Club of Nottingham, with assistance from John Player, to give young Nottingham boys new opportunities. He returned to West Bridgford in January 1933.

He enlisted in the Royal Air Force Voluntary Reserve, 180 Squadron, Service no 1177574, as a Wireless Operator.

Thomas Percy Rook was buried in Radcliffe on Trent cemetery; he was born in Radcliffe, as was his father and his mother’s family were residents of Radcliffe for many generations. He is remembered on West Bridgford St Giles War Memorial.

Information from ‘For Your Tomorrow:A Record of New Zealanders who have Died while Serving with the RNZAF and Allied Air Forces since 1915.’