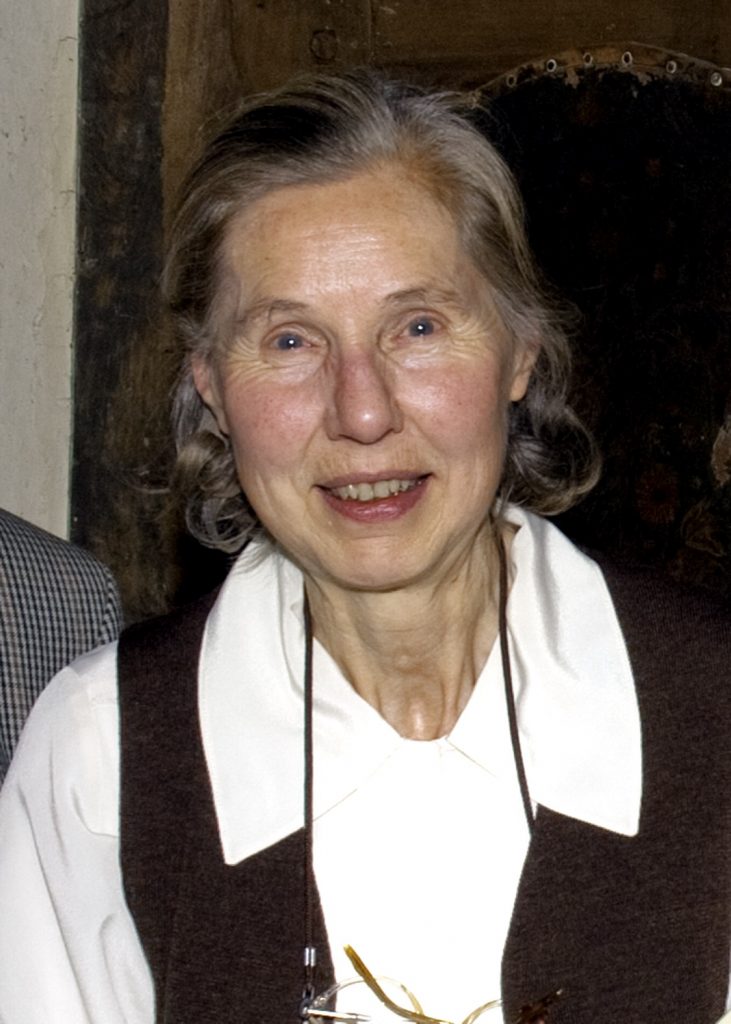 Pam, as she was known, was born in Stockport.  She attended Manchester University where she obtained a BA Hons in English and History to be followed by an MA in History.  She began teaching at Grimes Tutorial College in  Manchester and then had a brief spell working in the Public Relations department for the Northwest Gas Board. Pam married Robert Neal Priestland in 1962. She returned to teaching at Culcheth Hall School in Altrincham before they moved to Leicester, where their son John was born.  There she became a tutor for the newly formed Open University. The family then moved to Preston where their daughter Katherine was born.

All the family moved to Radcliffe on Trent in January 1974.  Neal had obtained a job as a lecturer in the Department of Life Sciences at Trent Polytechnic (now Nottingham Trent University). After settling in to village life, Pam then began teaching at the University of Nottingham Adult Education Department and she also became active in the WEA (The Workers’ Educational Association), as well as teaching history at both Nottingham Boys and Girls High School.  As well as all this teaching and bringing up the family she took on the reformed Radcliffe on Trent Local History Society.  She led this group for a number of years and was instrumental in the writing and publishing of the history of the village, from Tudor times to the Millennium.  Pam and Neal set up a publishing company ‘Ashbracken’ and produced many other publications.  She helped to stage a number of exhibitions in the village and assisted in establishing an archive of documents and photographs- work which the current society members continue to this day. Pam delighted in detail and humorous aspects of village life, without losing sight of Radcliffe’s place in the wider context of national history.

Her last book was the very popular ‘From Domesday to Dukedom’ which tells the life and times of the Pierrepont family of Holme Pierrepont Hall and it has attracted interest far and wide with the books selling well in USA and Australia.

It goes without saying that the village owes a great deal to Pam and she will be remembered for years to come.  Her legacy is in the form of the many local history books.

Pam and Neal left Radcliffe in 2013 with Pam spending her last years in a nursing home in Wetherby. She died on January 1st 2020.