Conflicts of the 19th and 20th Century 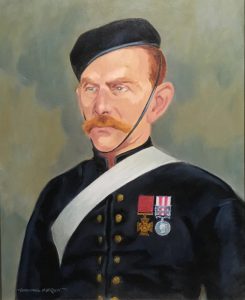 Men and women of Radcliffe have been involved in most conflicts of the 19th and 20th century.

Coming soon will be details from the records of those who served  in the Crimean War, Boer Wars, Boxer Rebellion and in India during the 19th century.

One of those men was Private Samuel Morley V.C. Read his story.

Click above for information regarding those servicemen from Radcliffe who lost their lives in WW2.

Please contact us if you can help. We hope that more information will be forthcoming.

The lives of a great many Radcliffe on Trent men, women and families were affected by the war. The men leaving the peaceful life of the village for unimagined horrors of the trenches, and for the families left at home their lives would be blighted by bereavement, insecurity and hardship. For women, new roles changed social attitudes towards their traditional roles within their families. Approximately four hundred men from Radcliffe are named on the Roll of Honour and many women who were nurses serving overseas or at home in various hospitals in Radcliffe.