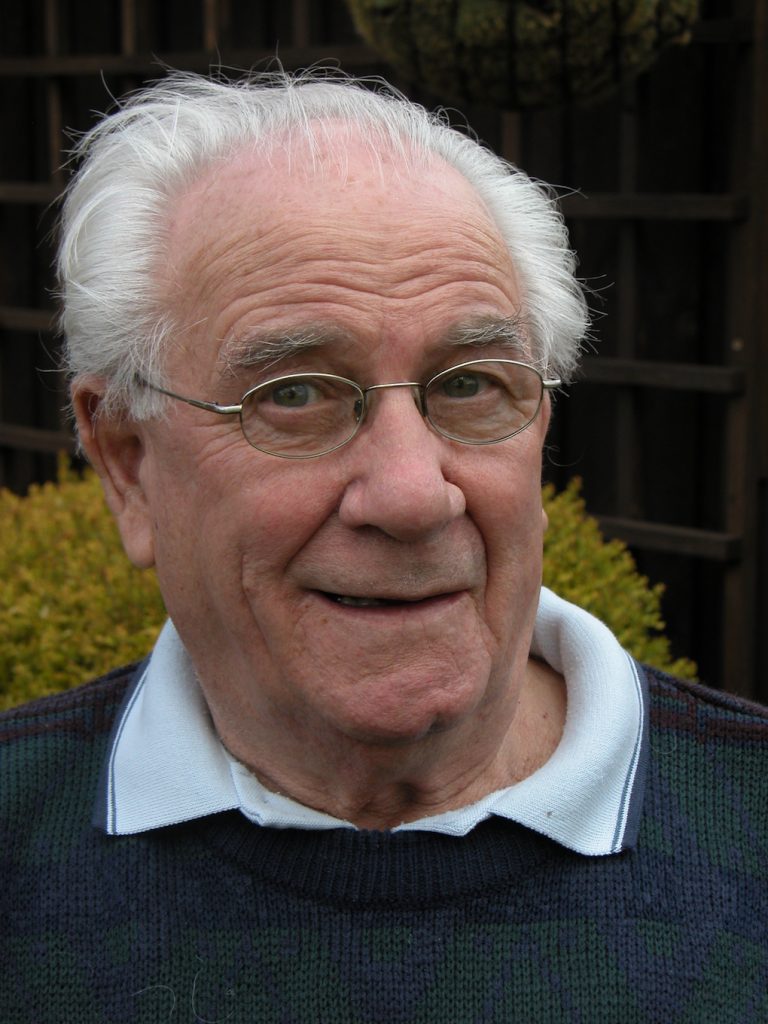 During the ‘lockdowns’ of the 2020 Pandemic Bob Flower has regularly related his memories of Radcliffe for the village Facebook page ‘The Fountain’. They have been enjoyed by both older residents, triggering thoughts of half forgotten people, places and events, and also those who are new to the village.

Hello, my name is Bob Flower and I am the author of the historical jottings about Radcliffe-on-Trent where I have lived  most of my eighty seven years.

My brother, Norman, who was six years my senior and was an engine driver for British Rail, formerly the London North & Eastern (LNER) Railway Company at Colwick. My Dad, Herbert, was one of six boys and four girls of the Flower family who lived in the village on Eastwood Road. My Grandparents were William and Agnes who were formerly in service (ostler/coachman and cook) to Lord Manvers at Holme Pierrepont Hall. My father and uncles fought in the First World War and all returned. (Editors note: See radcliffeontrentww1.org.uk)

I married an East Bridgford girl, Everilde, in 1955 and after living with her Uncle for a while we moved to the house on Shelford Road in 1959 where we still live.

I qualified as a telegraphist at the Head Post Office, Queen St. Nottingham in 1949 but after a rigorous interview, I became an Engineering Trainee. I was then called for National service in 1951 and on return from the services I resumed as a Customer Services Engineer in the Nottingham Area maintaining major communication installations like Boots, Players, the General and City hospitals and many others.

In 1969 I was promoted to management. I retired at 57 in 1990 as the British Telecom East Midlands Media and Public relations Manager. I then qualified as a wedding photographer plus a spell helping Jason Beeson at the Radcliffe Funeral Parlour!

I have been very involved in amateur dramatics playing in many plays and pantos for various amateurs groups. I also wrote a panto, Cinderella, for Radio Nottingham.

In 1991 I was awarded the Harry Penson Cup for the ‘Best Actor of the Year’ from the Nottingham & Notts Drama Association.